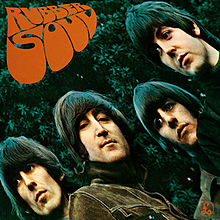 To mark the 50th anniversary of the release of The Beatles’ landmark album RUBBER SOUL, producer Paul Ingles presents another in his acclaimed series of specials on Beatles’ history.  Over a dozen musicians, music writers and Beatles fans comment on the significance of this 1965 release by the band along with song-by-song notes on the writing and performances of each track.  RUBBER SOUL was slotted at #5 in a ROLLING STONE MAGAZINE 2012 survey of the Top 500 Rock Albums of All-Time.

In the two-hour version, each song in the 14-track original UK version is spotlighted including “Drive My Car,” “Nowhere Man,” “I’m Looking Through You,” “If I Needed Someone,” “In My Life,” “Michelle,” and others.

This special will air on Friday December 18th at 10 AM and 8 PM on KCPW.