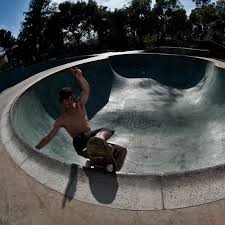 This hour, the most famous chord in pop music, swimming pools, skateboarders and more!

The Pool and the Stream
by Avery Trufelman for 99% Invisible (2017)
A story in three acts, that connects one idea, born in Northern Europe, to a four-wheeled phenomenon in 1970s Southern California.

Magical Mystery Chord
by Joel Werner for Sum of All Parts (2017)
The opening chord to The Beatles ‘A Hard Day’s Night’ is one of the most iconic sounds in pop music history. But for decades, no one could figure out exactly how those couple of seconds of music were made.

No Event
by Miyuki Jokiranta (first appeared on Constellations in 2018)
Time functions asymmetrically in a doctor’s waiting room. Our bodies keep their own time, which is rarely calibrated to half hour appointments, and we feel we’re often left waiting. The smallest procedure can stretch to fill a day, and a year on waiting list, a lifetime. No Event is a plastic moment in a waiting room.