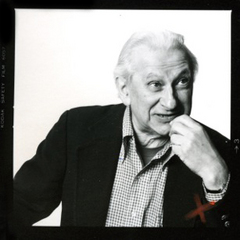 In the early 1970’s, author Studs Terkel went around the country with a reel-to-reel tape recorder interviewing people about their jobs. The result was a book called “Working: People Talk About What They Do All Day and How They Feel About What They Do.” The book became a bestseller and even inspired a Broadway musical – something rare for an oral history collection. “Working” struck a nerve, because it elevated the stories of ordinary people and their daily lives. Studs celebrated the un-celebrated.
But until now, few of the interviews have ever been heard. For decades, the tapes were packed away in Studs’ home office. Radio Diaries and our partner Project& were given exclusive access to those recordings and spent a year combing through them to produce a new series for NPR. We also tracked down some of the people Studs interviewed more than 40 years ago.
In this hour, our series The Working Tapes of Studs Terkel. Featuring interviews with a telephone switchboard operator, a hotel piano player, a Chicago police officer, an auto factory work, an advertising executive and more.