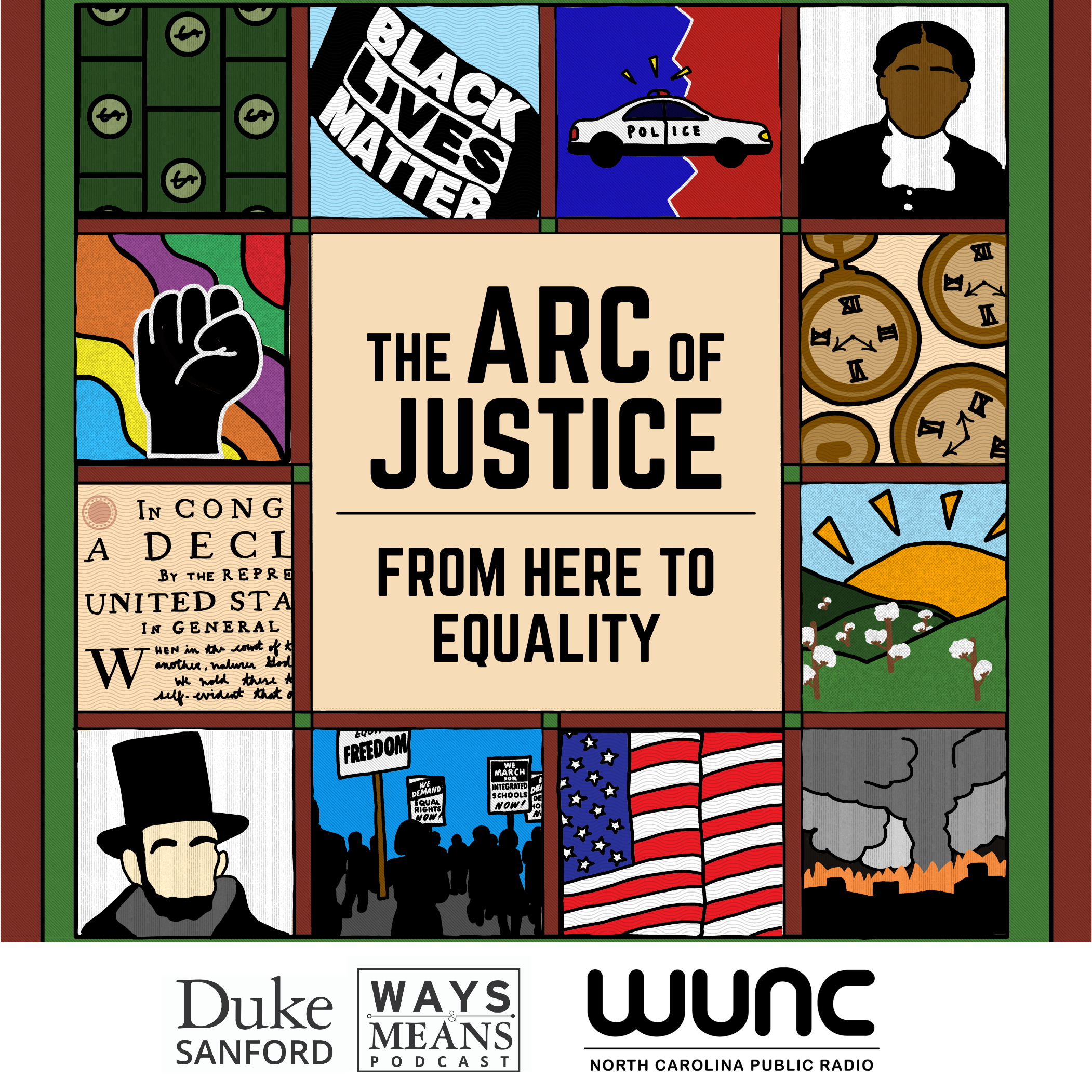 For every dollar of wealth owned by the average US white household, the average Black household has ten cents. From WUNC: The Arc of Justice, a four episode series grounded in the scholarship of prominent African American economist William Darity Jr., explores how that racial wealth gap came to be.

Slavery wasn’t so very long ago. Yet often, accurate accounts of that time have been papered over by history that diminishes or misrepresents that time. Also: a tale of two promises made by the government – one kept, one broken — and how this history relates to today’s wealth gap between Black and white Americans.

The Arc of Justice, From Here to Equality is produced by North Carolina Public Radio/WUNC and the Ways & Means podcast from the Sanford School of Public Policy at Duke University, It is distributed by American Public Media.