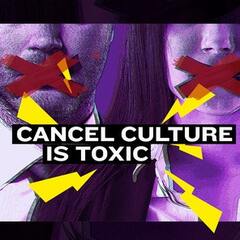 You know the drill. Someone does, or says, something offensive. A public backlash — typically on Twitter — ensues. Then come the calls to “cancel” that person, brand, or institution. That usually means the loss of cultural cache, political clout, and often a job or career. While the term “cancelling” has roots in a misogynistic joke, it has come to be one of the most prominent tools of progressive activists. Many see “cancelling” as a modern-day means of holding people to account, calling out injustice, and breaking down ingrained systems of prejudice and exploitation, particularly for the historically marginalized. But others see it differently. They are sounding alarms about the emergence of a new cancel culture where digital mobs police our speech, invade our rights, and even put our physical safety at risk. They argue that cancel culture has created a society ruled by online censorship and eroded our public discourse. Against this backdrop, we ask: Is cancel culture toxic?

Local News Christian Concert Back On Despite Lawsuit Concerns