From coffee to handicrafts to flowers, many consumers look for the fair trade label to insure that the producers of these goods in developing countries are not being exploited. But does fair trade really work to lift farmers and artisans out of poverty? On Tuesday, we’ll talk about the practical effects of the fair trade movement. 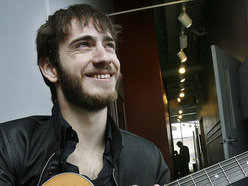 From the divorce of his parents to his own paralysis at age nine, Joel Brown isn’t afraid of putting his vulnerabilities and emotions on display in his music. On Tuesday, the acoustic indie rocker joins us in studio to talk about why being honesty and getting personal matters in his music-making.

You can see Joel Brown, this month’s featured artist in KCPW’s Sounds from the Lounge series.