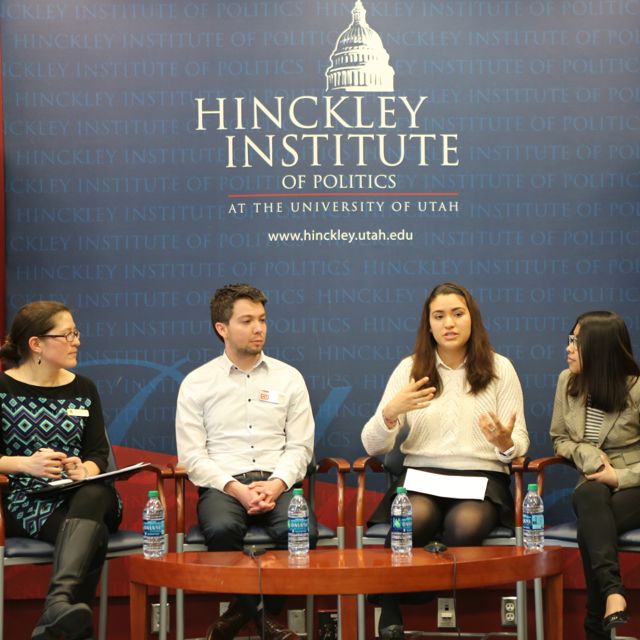 The Hinckley Institute Radio Hour (Air date: June 29, 2016) – Last week’s Supreme Court ruling effectively stopped President Obama’s attempt to extend the Deferred Action for Childhood Arrivals program (DACA) that aims to give the children of undocumented immigrants opportunities to work and go to school in the United States without fear of being deported.  Last year the Hinckley Institute hosted a discussion among advocates for undocumented youth from Latin America who are living and going to school here in Utah.  Much of the conversation is about the many challenges undocumented immigrants face every day.  It’s also about what to do about undocumented immigrants, specifically the children of undocumented parents who were brought to the U.S. at a young age, and who are now enrolled in schools, or working, and trying to succeed in the Utah.   At the time of this recorded discussion the extended DACA program, and a similar program, Deferred Action for Parents of Americans, or DAPA, were blocked pending a ruling by a federal appeals court in Texas.  The original 2012 program started by President Obama, which supports 800,000 undocumented youth, is now in limbo.  Advocates say the future of the program depends on who becomes the next president, and on who that president nominates to fill the 9th vacant seat on the Supreme Court.  This forum was recorded in February 2015, as part of the 17th Annual Rocco C. and Marion S. Siciliano Forum that focused on the Future or Latin American Relations.

The panelists include: Sol Jimenez, a youth immigrant activist and student; Ciria Alvarez, project leader of the Utah Dreamers Advising Corps and a student; Luis Garza, Executive Director of Comunidades Unidas; Nina Frias Valle, with the Mexican Consulate in Salt Lake City; And Felix Vivanco-Salazar, a student who moderated the discussion.

The Hinckley Institute Radio Hour Immigrants and the Economy