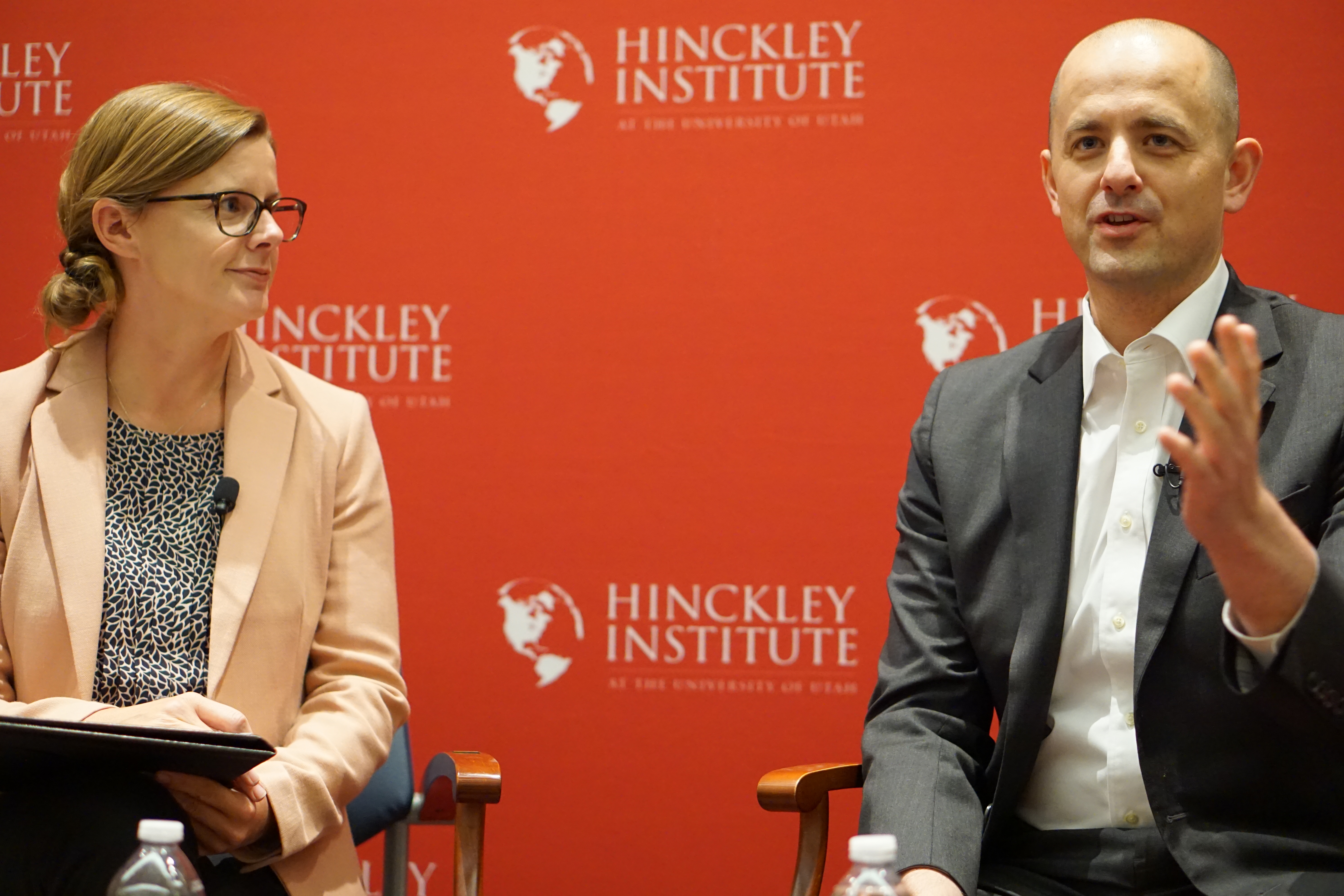 The Hinckley Institute Radio Hour (Air date: September 7, 2016) – This past week Evan McMullin, independent candidate for President, sat down with the Hinckley Institute’s Morgan Lyon Cotti.  McMullin entered the race about a month ago, citing widespread frustrations and disillusionment with the two leading presidential candidates from both parties: Donald Trump and Hillary Clinton. McMullin bills himself as a conservative alternative to Donald Trump, and he has strong Utah ties. He was born in Provo, is a graduate of Brigham Young University, and he served a Mormon mission. He is a also a former employee of the Central Intelligence Agency, as well as Goldman Sachs. He also served as the chief policy director of the House Republican Conference. This conversation was recorded on September 1, 2016.

Behind the Headlines Evan McMullin, Utah Legislature and John Swallow (2/17/17)