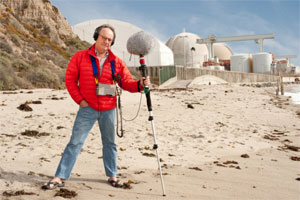 The nation’s electric grid now penetrates all aspects of our daily lives; yet we don’t give it a second thought until something goes awry — when we’re suddenly groping in the dark searching for flashlights, worrying about what might spoil in the fridge, especially in the heat of the summer.

Consider this: The average customer loses power for 214 minutes per year, according to a study by Carnegie Mellon that found the United States ranks toward the bottom among developed nations in terms of the reliability of its electricity service.

Our aging electric power grid, the patchwork system that transmits and distributes electricity from plants to consumers, is aging and stretched to capacity. The nation’s grid, built 50, 60 years ago, is taxed year-round but especially in the summer months with triple-digit temperatures, violent storms and outages when users are relying on their air conditioners.

BURN will examine the state of America’s electric power grid and the science needed to modernize it. Can 21st century electrical engineers use “smart grid” technology to prevent power outages? What are the challenges involved in linking new, unconventional sources of energy, such as wind and solar, to the grid? Our stories will include a profile of an electric power lineman. These are the foot soldiers who work on top of all those poles that support the grid and are deployed to restore power when something goes wrong. Alex Chadwick will also explore the challenges when there’s no grid at all — following the research of the Army’s Rapid Equipping Force, which aims to incorporate new technologies to solve critical problems on the battlefield, like energy.