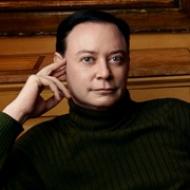 The most basic mechanism of resilience is the ability to construct meaning out of adversity.  Is this meaning inherently there, or is it somehow manufactured?  Are there intimacies that are contingent on pain?  In his lecture, Solomon will draw on his life’s work and experiences, including his time in the Soviet Union in the late 1980s, his experience with depression, and his work with families of extraordinary children, to look at where this meaning comes from and what function it serves.

Andrew Solomon is a writer and lecturer on politics, culture and psychology. From 1993 to 2001, Solomon was a contributing writer for the New York Times Magazine, writing on a wide range of subjects; he has also written periodically for The New Yorker.  Such journalism has spanned many topics, including psychological depression, Soviet artists, the cultural rebirth of Afghanistan, and Libyan politics. He has authored essays for anthologies and books of criticism, and his work has been featured on National Public Radio.

Solomon is the author of four books.  His The Noonday Demon: An Atlas of Depression (Scribner, 2001), won the 2001 National Book Award for Nonfiction, was a finalist for the 2002 Pulitzer Prize, and was included in The Timesof London’s list of one hundred best books of the decade. Solomon’s latest book, Far From the Tree: Parents, Children, and the Search for Identity tells the stories of parents who not only learn to deal with their exceptional children, but also find profound meaning in doing so. A New York Times bestseller, it has been published in twenty-two languages. Solomon is an activist and philanthropist for LGBT rights, mental health, education, and the arts. He is currently a Lecturer in the Department of Psychiatry at Cornell University.

The Rundown The Rundown: Andrew Solomon on the Cultural Identity of Exceptional Children

The Rundown The Rundown: U.S. Soccer’s Megan Rapinoe on Being a Gay Athlete and Investing in the Future of Women’s Soccer