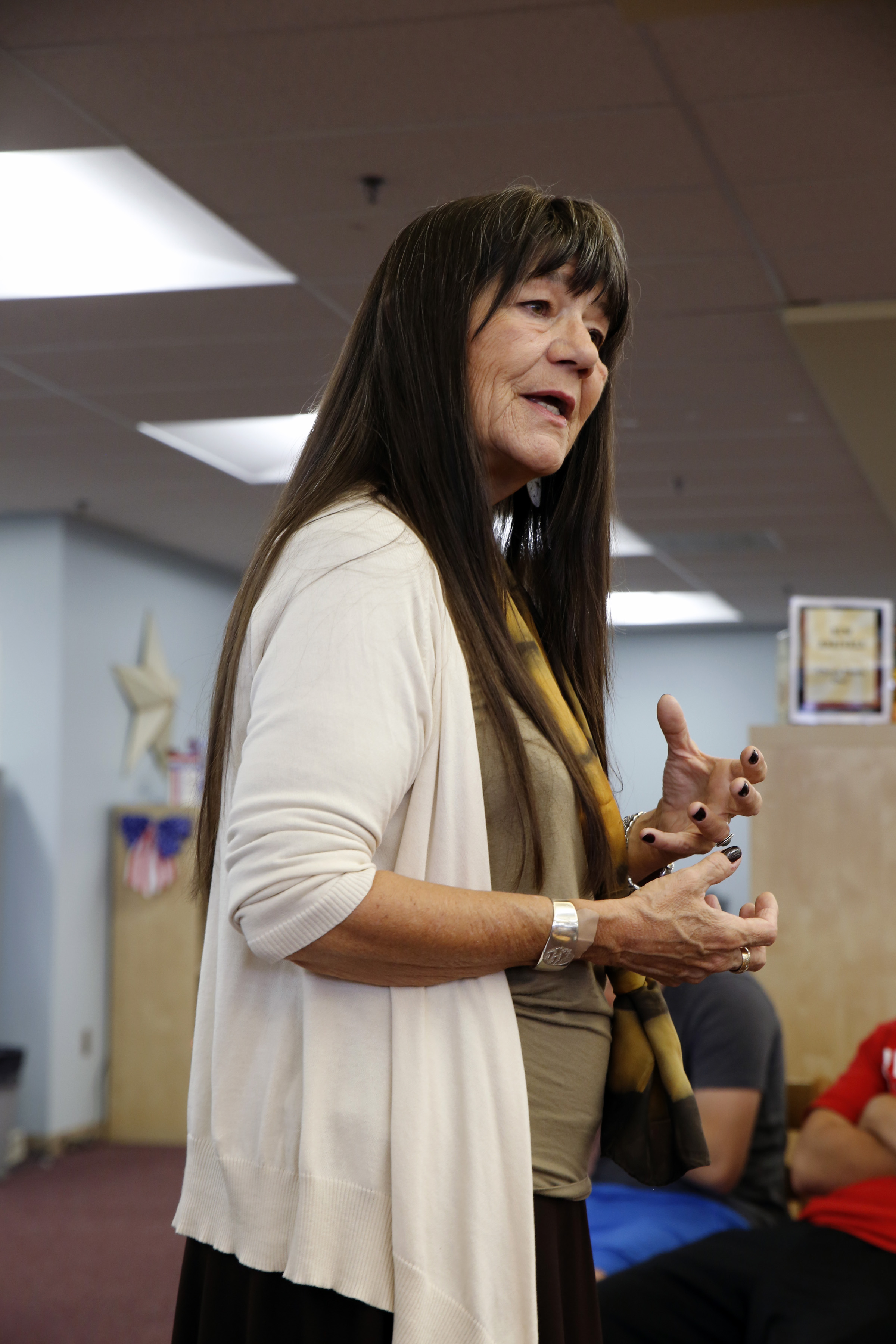 Dovie Thomason is one of the most respected and admired storytellers of her generation. Her journey began with the childhood influence of her Kiowa-Apache grandmother and father, who taught her traditional stories and ‘pan-Indian’ stories they learned from other children during their boarding school experiences

Thomason received her B.A. degree in Native Studies and Theatre in 1970 and for a short time taught creative writing and American literature in high schools in Ohio and Connecticut.  As a teacher, Thomason wove traditional Plains Indian stories into normative literature and writing curricula and realized the continuing significance of cultural education, the spoken word, and oral literacy.

In the early 1980s, she left the classroom to reach a wider audience through the telling of indigenous stories.  In the three decades that followed, Thomason’s dedication to share indigenous voices has taken her down many roads.  She has worked as a guest presenter and artist-in-residence with schools and universities from British Columbia to Northern Ireland.  She has performed keynotes, workshops, and consulted for noted educational organizations, including the National Indian Education Association, National Headstart Conference, TED Leadership Conference, and NASA.

Thomason’s storytelling also has been featured on countless artistic stages, including the National Museum of the American Indian, the Kennedy Center, the Smithsonian Museum, and Shakespeare’s Globe Theater.  She has found the time to work on a variety of special projects, lending her voice to narrations for the BBC, NPR, PBS, and the National Parks Service; and she has been featured in documentaries about the Native people of Southern New England in Honor the Earth; As We Tell Our Stories; and in the Emmy award-winning Mystic Voices about the Pequot War.

Today, Thomason continues her work as a storyteller, teacher, and tradition bearer.  In recent years, she’s explored blending traditional stories and young-adult fantasy and graphic novels.  She enjoys every aspect of her work, but her favorite activity is connecting people with indigenous values through stories of tricksters and heroes.