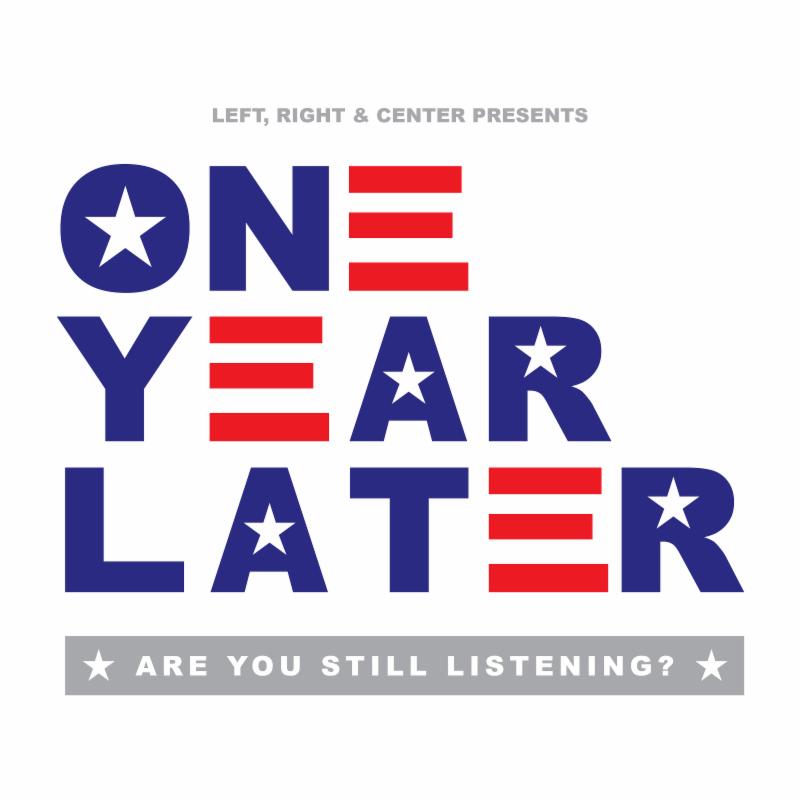 One Year Later, weekdays 4-5 pm:  A Look at Political Conversation in the Trump Era.

With the departure of To the Point now final, for the next 6 weeks KCPW will be airing a daily special in our 4-5 pm hour called One Year Later, an exploration by the producers of Left, Right & Center that seeks solutions to the racial, socio-economic, geographic and political divides that have polarized political debate – and have become increasingly hardened in the last year.A question the producers of the special want you to answer:  how has Donald Trump’s presidency changed your relationships?  Weigh in with your own story.