Reveal: Unraveling the mysteries of the GI Bill, Coast Guard and EPA
Who’s really benefiting from the GI Bill? Why does the U.S.Coast Guard have some explaining to do? How much arsenic in our water is actually safe? There’s always more to the story.

“Reveal,” the radio show dedicated to investigative reporting, is back. Brought to you by The Center for Investigative Reporting and PRX, the third pilot episode examines the value of a degree from for-profit colleges reaping millions of dollars from GI Bill funds, explores the Coast Guard’s shaky safety record, exposes the backroom deals over arsenic in our water and delves in to the secrecy around lethal injection drugs.

Profiting off of the GI Bill: 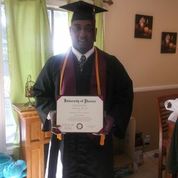 Under an expanded GI Bill, veterans of the Iraq and Afghanistan wars can now go to college tuition-free. But there’s one campus in particular that has received more GI Bill money than any other campus in the country: theUniversity of Phoenix in San Diego.
CIR reporter Aaron Glantz explains the phenomenon and why veterans who graduate from there say they can’t get jobs with their degrees. 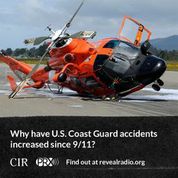 The U.S. Coast Guard – the fifth branch of the military – has suffered a string of potentially avoidable and sometimes deadly accidents, along withhundreds of millions of dollars in equipment damage, lawsuits from civilians and internal investigations that have questioned safety procedures.

CIR reporter G.W.Schulz examines the safety record of the Coast Guard dating back to 2000 and findslapses in judgment and missed opportunities to strengthen safety standards to protect crew members and civilians.

Schulz introduces us to a Coast Guard pilot whose helicopter ran into transmission wires that weren’t properly marked. He also talks with the family of a Coast Guard member who died as a result of a risky boating maneuver. And he speaks tothe former commandant of the Coast Guard about the service’s safety record.

The battle over arsenic:

You may not know it, but you probably consume arsenic regularly in the food you eat and the water you drink. In 2008, scientists at the U.S. Environmental Protection Agency determined that arsenic was 17 times more potent a carcinogen that previously thought. But a closed-door maneuver in Congress has blocked the EPA from issuing its findings.

The Center for Public Integrity reporterDavid Heath takes us to Maine, where researchers have found that children drinking water containing arsenic – even water that met federal standards – scored significantly lower on IQ tests. The research is just one of hundreds of studies that call into question whether the current drinking-water standard for arsenic is adequate.

Heath unravels the backroom deals that have stalled the EPA’s latest assessment of arsenic. He examines how one paragraph of a congressional committee report attached to a bill instructed the agency not to take any actions based on its scientific findings. Heath investigates how one lawmaker received campaign contributions from a lobbyist for two pesticide companies that sell weed killer that was set to be banned on the condition that the EPA complete its scientific review of arsenic. Because of political interference, that ban never happened, and the weed killers are still on the market.

Arsenic makes up part of Earth’s crust and is commonly found in groundwater. In 2001, the U.S. Environmental Protection Agency lowered the drinking water standard from 50 parts per billion of arsenic to 10 parts per billion. The agency initially had proposed a limit of 5 parts per billion but faced criticism that it would be too costly for water companies to hit that target.

Missouri is one of several states that are buying their execution drugs in secret.  But last year, St. Louis Public Radio reporters Chris McDaniel and Véronique LaCapra uncovered the identity of the state’s then-supplier, a pharmacy in Tulsa, Oklahoma. The pharmacy was not licensed to sell drugs in Missouri. The reporters also found that a top correctionsofficial paid the pharmacy in cash – $11,000 per execution.

Since the initial investigation, the state has become even more secretive. McDaniel has sued the state for withholding records.