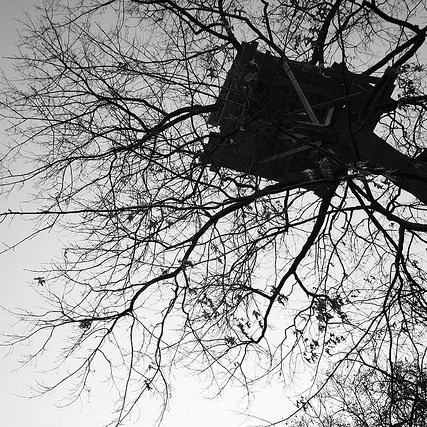 This hour: where kids go to get away; from themselves, their troubles, the rules they’re supposed to follow, and of course, their parents.

Of Kith and Kids
by Erin Davis (Transom.org, 2013)
Producer Erin Davis takes us to a very unusual “adventure playground” called The Land. Kids adore it for its lack of rules, regulations and limits. Adults are wary of it for those very same reasons.

The Tracks
by Karen Levine and Emelia Symington Fedy (The Sunday Edition, CBC Radio, 2012)
Every town has a place where teenagers go to get away from adults.  In the small Canadian town of Armstrong, that place was “the tracks.” For years the tracks were a beloved and safe get-away for teens. And then a murder changed everything.

Heyoon
by Alex Goldman, Sam Greenspan & Roman Mars (99% Invisible, 2013)
Nothing says “I dare you“ like a “no trespassing“ sign. Producer Alex Goldman walked right past such a sign when he first visited the mysterious hangout that came to be known as Heyoon.