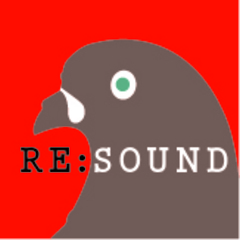 This hour: we present two very different stories about the Texas State Penitentiary. Both are about soul – the kind you dance to, and the kind you pray for.

Prisoner Soul (NOTE: This piece is not available online due to limited rights from the BBC)
by Vivienne Perry, presented by Gary Younge (BBC Radio 4, 2013)
In the late 60s and early 70s, the Texas prison system chose to put a little more cash and a lot more creativity into its effort to stave off prisoner violence, boredom and recidivism by allowing prisoners to form bands and record music.

Ministry of Presence
by Matt Holzman (KCRW’s Unfictional, 2013)
The very same Texas State Penitentiary in Huntsville featured in Prisoner Soul currently houses the busiest death chamber in the country. Meet Carroll Pickett, who has spent many agonizing years on death row, but not as a prisoner.

This hour: letters. To yourself, to your city, lost letters, found letters… and a love letter to letters.

Yours Truly
by Julie Shapiro and Alan Hall/Falling Tree Productions (Something Understood, BBC, 2011)
An ode to letters (the real ones, of the paper/stamp/envelope variety), as explored through nearly a decade of correspondence between Julie and her late, great Aunt Lill.

Something Lost, Something Found
by Samara Freemark (Unfictional, KCRW, 2011)
We put a lot of trust in the US Postal Service and for the most part, it comes through for us. But when one company handles approximately 177 billion pieces of mail a year, every once in awhile a few things are bound to get lost. This story explores the place where lost mail goes to be found – though not necessarily by its proper owner.

Letters to Myself (excerpt)
by Sandyha Suri (Radio 4, BBC, 2008)
You can send a letter through the mail, but what if you could send one back in time? What would you write to your younger self? Even with today’s technology, writing to your past self is still impossible, but there are ways to write to your future self… with the help of the Internet.

Dear Eastern Kentucky
by Jason Howard and Tina Antolini (State of the Reunion, NPR, )
The public radio program State of the Re:union explores a different city or region with every show, and features a letter that someone has written to that place at the end of each episode. That might sound odd, but personifying something can help you communicate more intimately, as you’ll hear in this letter by Jason Howard to his home state.

This hour: We showcase some of our favorite stories from the 2013 Third Coast ShortDocs Challenge: Appetite, and talk to the organizer of the project, former Third Coast Artistic Director Julie Shapiro about the rules, the incentives, and our collaboration with the James Beard Foundation.

A Jerusalem Love Story
by Daniel Estrin (Vox Tablet, 2013)
Every relationship has its obstacles, but this one between two men – a Palestinian and an Israeli – may have more than any couple can bear.

Other Halves
by Dennis Funk (Shortcuts, Falling Tree Productions, BBC Radio 4, 2013)
When you enter a marriage, you assume that you know the essentials of who your partner really is. Turns out, not always.

Unwedding
by Rachel Simone James and Sharon Mashihi (Unfictional, KCRW, 2013)
Claire and Finbloom got together in such a torrid, pyrotechnic kind-of-way, they decided they could break up with no less fanfare.

A Second Chance
by Mira Burt-Wintonick and Jonathan Goldstein (Wiretap, CBC, 2013)
A young couple’s relationship starts out as a source of pleasure, becomes a source of pain and eventually turns out to be a lifesaver.

This hour: Listening to the night.

Lights Out
by Delaney Hall (In the Dark, 2011)
On the night of July 13, 1977, a complete blackout spread through all five boroughs of New York City.  Right before the chaos and mayhem of that night began, two young DJs – Disco Wiz and Grandmaster Cassanova Fly – were spinning records in a duel on a busy corner in the Bronx. Then, everything went dark and some say hip-hop was born.

Conversations in the Dark
by Colette Kinsella (RTE, 2011)
During the day, zoos are bustling. At night, when the people leave and the animals get a bit of privacy, naturally, it quiets down (a bit). But, as it turns out, some conversations are just beginning.

Nocturne
by Cathy Fitzgerald and Neville Edwards (The National Gallery Podcast, 2009)
Who can say what goes on inside a museum at night? Plenty of movie makers have imagined fantastic ideas of inanimate objects coming to life once the doors are locked. But really, isn’t it all just art on the walls and drowsy security guards?  Maybe. But then again, maybe not.

Singing Sanitation Worker
by George Bodarky (WFUV, 2004)
In the wee hours of the morning the insomniacs are finally falling asleep, the donuts are being made, a few early birds are heading to work. In New York, garbage men are finishing up their shift.

This hour: the delicate interdependence between being in need and answering the call to help.

First Steps
by Jonathan Goldstein, Mira Burt-Wintonick, Cristal Duhaime & Ryan Knighton (Wiretap, 2010, Distributed in the U.S. by PRI, Public Radio International)
When it comes to new babies, sometimes a basic task can present a monumental challenge – especially for new parents. And especially for the new parent in First Steps, as he embarks upon a simple stroll around the block with his daughter.

Brian & Norm
by Shevonne Hunt (ABC Radio National, 2010)
Brian and Norm is a love-story and remembrance that begins at the end and looks back on a visceral bond that defined two lives.

Fire and Ice Cream
by Brent Runyon, Christina Egloff & Jay Allison (Life Stories Collection, 2000)
There was little to feel good about when Brent Runyon ended up in the hospital after severly burning much of his body. Luckily, the right nurse happened to be there at the right time.