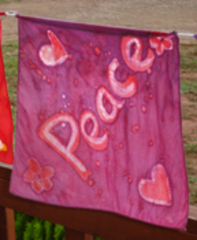 Some compelling and timeless moments drawn from just one of our many seasons of programs in the Peace Talks Radio series on peacemaking and non-violent conflict resolution.  On the show, you’ll hear part of a conversation with the Atlanta school clerk, who by showing compassion and empathy, helped foil a potential school shooter’s plan to wreak havoc on an elementary school.  Also some talk with historians who tell us about several peacemaking chapters in the stories of Teddy, Franklin and Eleanor Roosevelt.  And we’ll hear from the woman who walked side by side with Cesar Chavez in the farm workers movement recalling his deep commitment to nonviolence.   Also, finding peace with disability, raising boys to steer them away from violence and crime, conscientious objectors in the volunteer military, and a couple of top scholars of the life of Martin Luther King Jr  pick three of his many inspirational speeches to look more deeply at. Hosted by series producer Paul Ingles with Carol Boss and Suzanne Kryder.