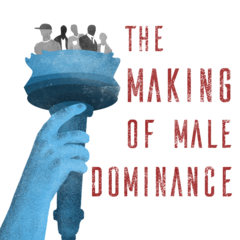 ﻿﻿
This one-hour special, co-hosted by John Biewen and Celeste Headlee, goes way beneath the #MeToo headlines to explore questions like: How, and when, did male dominance get started in the first place? (Spoiler: The cave men didn’t invent patriarchy, and it’s been around for only a fraction of human history.) How has patriarchy lasted so long? Some leading (male) Enlightenment thinkers argued that “all men are created equal” should become “all people are created equal.” Why did they lose the argument? (Hint: They lost the skeleton war.) The Making of Male Dominance was adapted from early episodes in the Scene on Radio podcast series, MEN.

From the Center for Documentary Studies at Duke University and PRX.