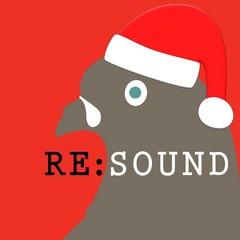 This hour, Third Coast’s take on the holidays.

No Santa
By John Biewen for Scene on Radio (2015)
A father turns on a recorder while tucking in his 7-year-old, having no idea he’s about to capture a poignant growing-up moment in his son’s life. (Advisory: This episode is not suitable for some young children.)

Vince Guaraldi: A Charlie Brown Christmas
By Ben Manilla for Inside the National Recording Registry for Studio360 (2012)
The soundtrack of the holidays is lousy with annoying songs about sleigh rides and snowmen, and beautiful old carols done up as treacly as possible. One of the saving graces this time of year is the music from A Charlie Brown Christmas, written by Vince Guaraldi.

Winterval
By Helen Zaltzman for The Allusionist (2016)
There’s a word that has become shorthand for ‘the war on Christmas’ with a side of ‘political correctness gone mad’: Winterval.

Burn Slush! The Reindeer Grand Prix [excerpt]
By Cathy FitzGerald for BBC World Service (2016)
Producer Cathy FitzGerald travels to the snowy north of Finland to discover the sport of reindeer racing. She visits the little town of Inari, where the cappuccinos come with tiny antlers sketched in the foam and the local bar – PaPaNa (The Reindeer Dropping) – serves pizza topped with bear salami. Each year, the top 24 fastest reindeer compete here to be crowned The Reindeer King. They fly around a two-kilometre race track carved on the surface of icy Lake Inari to the cheers of hundreds of spectators.

This episode of Re:sound was produced by Dennis Funk