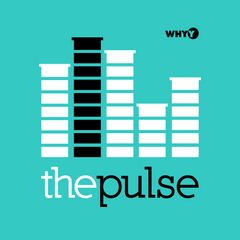 Often we think of life and death as opposite sides of a coin — categories as final as they are discrete. But in an age when machines can keep hearts pumping and lungs breathing, the line between life and death can sometimes start to blur. Modern medicine pushes us to think differently, ask if perhaps life and death are instead two points on a spectrum of existence. In this episode, The Pulse explores the space between those points. How do we define life and death — medically and culturally? We hear about a court case challenging the legal definition of death; the evolving debate over end-of-life care; and what scientists are saying about near-death experiences.

In 2017, the family of 27-year-old Taquisha McKitty sued to keep her on life support, after doctors declared her brain dead. The question for the court was — was she actually dead? Why can the line between life and death be blurred, and when is it a legal question?

End of life medical care can be a really difficult issue for families. What if a person you love is disappearing before your eyes – their personality and memory shrinking, they’re becoming less and less like themselves every day. Tanya Ott explores whether medical aid in dying should be available for people with dementia.

Since its launch in the mid-80s, in vitro fertilization has led to the birth of more than a million babies in the U.S. But not every embryo becomes a baby — and a growing number of those unused embryos are spending years, and sometimes decades, frozen in cryogenic limbo. We talk with one woman about her struggle to decide the fate of her last remaining embryo, along with medical experts, who explain why so many fertility patients — and their embryos — remain stuck in limbo.

Is there light at the end of that tunnel?

Humans have always wondered what happens when we die. The people with the best answer of course, can’t tell us, because they’re already dead. But the next best thing could be those who were briefly dead. We look into the study of near-death experiences, and what those initial moments of death might be like.

Even if you’ve never had a near-death experience, you know the stories: the light at the end of a tunnel, greetings from deceased relatives, maybe revisiting your life’s greatest moments. Many of these ideas about the afterlife seem to transcend religion and culture. Avishay Artsy looks at how people throughout time have thought about the afterlife.

Resurrecting the scents of extinct flowers

Artist Alexandra Daisy Ginsberg partnered with biotech company Gingko Bioworks to recreate the scents of extinct flowers. The scents are based on tiny genetic samples extracted at the Harvard Herbarium. Daisy is now creating art installations where people can stop and smell the (dead) flowers.