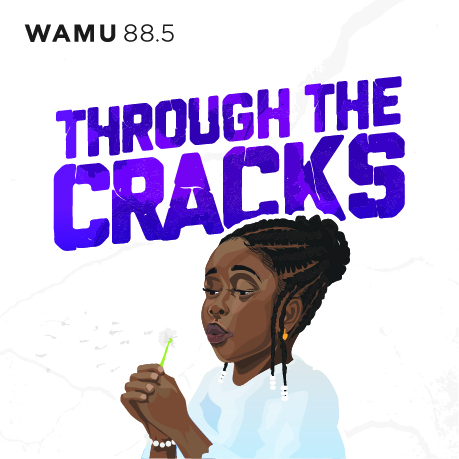 In 2014, a second grader named Relisha Rudd disappeared from a homeless shelter in Washington, D.C. where she had been living with her family. By the time the city formally declared Relisha “missing,” 18 days had passed since the last time she’d been seen at school or in the shelter. Relisha has never been found. Through the Cracks investigates gaps in our society and the people who fall through them, and in this first season, host Jonquilyn Hill examines if Relisha’s disappearance was, as the city later claimed, unpreventable. From WAMU and PRX.

Through The Cracks, from WAMU and PRX, is an investigative podcast hosted by 1A senior producer Jonquilyn Hill who took a year off from her 1A production duties to focus on this enterprise reporting project with WAMU’s Pod Shop team. The years-long investigation is the result of a collective effort with support from the Corporation for Public Broadcasting, the Fund for Investigative Journalism, PRX; and additional support from NPR. It’s a project that is important on many levels and for that reason we are dedicated to bringing it to as wide an audience as possible.