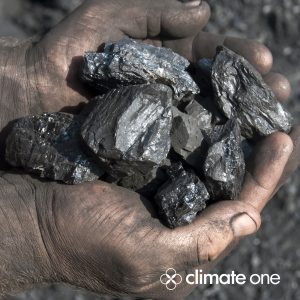 What motivates the activists? Grassroots activism can take many forms, from protests to letter-writing to citizen science to community organizing. But these often more local forms of activism can get short shrift compared to the more powerful, national players in climate and environmental movements. Nick Mullins, a former fifth-generation coal miner, grew up seeing multiple generations of his family endure hardships created by our nation’s demand for cheap coal. In search of decent pay, he became a miner himself – but he eventually left the industry in search of justice for his mountain communities. James Coleman started his career as a teenage climate activist before becoming the youngest elected public official in California in over 100 years. San Francisco activist Marie Harrison fought against environmental contamination of her community by the U.S. Navy and a fossil-fuel-burning power plant – and now her daughter, Arieann Harrison, has picked up her mantle to continue pushing for environmental justice. Mullins, Coleman, and dozens of activists featured in Audrea Lim’s book The World We Need, Stories and Lessons from America’s Unsung Environmental Movement represent just a fraction of those motivated to take action on climate. “The thing about grassroots activism, actually, apart from the stereotype is that it’s really just people in a community who see a problem and then they get together on their own and try to find a solution to it,” says Audrea Lim. What can grassroots activists do that national organizations can’t? And what can their stories and experiences teach us?

In the Hive Climate activism when the outlook is dire, and transitions in Utah coal country