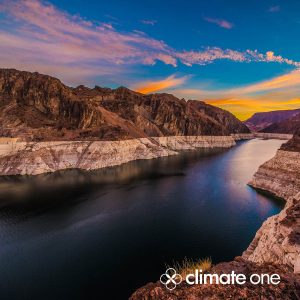 The Colorado River supplies water to more than 40 million people across seven states. Current projections indicate that this summer, Lake Mead will fall to its lowest level since it was filled in the 1930s, which could trigger the first stage of real water cutbacks. For years, “much of the discussion in the Colorado River Basin has been who gets the next drop,” says journalist Luke Runyon. “The conversation very recently has shifted to who has to use less.” In the midst of long-term drought, warming temperatures and decreasing runoff, water managers are gearing up for the next round of negotiations to divvy up the Colorado River’s supply in the future. Tribal water users are hoping to have a bigger say in those basin-wide negotiations, and to finally correct an historic injustice by ensuring universal access to clean water for tribes.