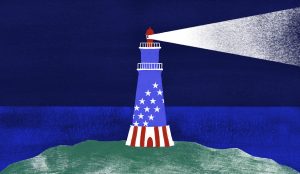 This hour explores a sea change in the number of foreign students attending U.S. colleges. Colleges and universities in the United States attract more than a million international students a year. Higher education is one of America’s top service exports, generating $42 billion in revenue. It’s money those institutions need, given the drop in public funding for higher education. After the Great Recession, a rapid rise in full-pay international students, especially from China and India, helped make up for the loss of public support. But the money spigot is closing.

The pandemic, visa restrictions, rising tuition and a perception of poor safety in America have driven new international student enrollment down by a jaw-dropping 72%. Tuition dollars aren’t the only loss. In the past, international exchanges served as a form of diplomacy, forging ties between the United States and other countries.

In this hour, we team up with Karin Fischer of the Chronicle of Higher Education to trace America’s rise as a global beacon for higher education and examine what’s lost as that changes.