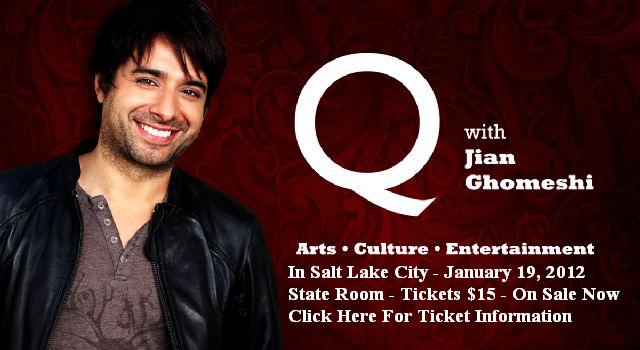 KCPW listeners know the Canadian broadcaster Jian Ghomeshi as the
engaging host of Q, the CBC’s flagship cultural affairs program. But in
addition to interviewing icons from Christopher Hitchens to Woody Allen,
Ghomeshi is also a singer, songwriter and musician in his own right.
Monday, he talks with Jennifer about his musical tastes, his spontaneous
style and his upcoming trip to Salt Lake City.

Listen to Q on KCPW weekdays at 6 p.m.

Triggers & Slips, A 4-man band from Salt Lake City, is the first featured band in our new web concert series, Sounds from the Lounge. You can see and hear the band on our website, here.

Triggers & Slips will release their first Self Titled album in March.  For you information you can visit their Facebook page.

Local News Disagreement Over Who Should Investigate AG John Swallow