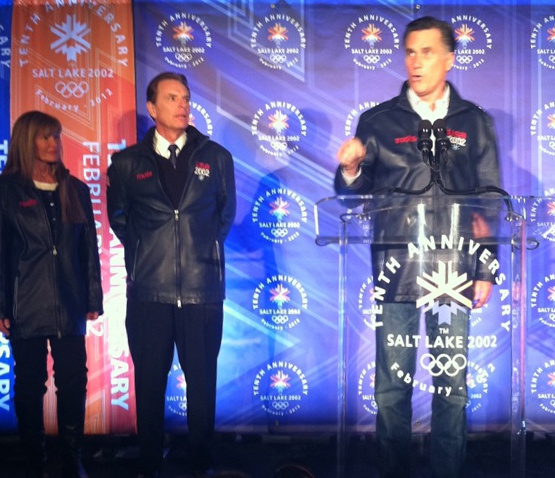 “One of the things that drew me to the Olympics and drew you to the Olympics is the games were a showplace for the great qualities of the human spirit, that we saw in the athletes the determination, the courage, teamwork, character, faith, and I thought it was important for the games to be successful and I wanted to be part of that,” he said.

Speaking to Salt Lake Organizing Committee members Saturday at the Gateway, Romney made no mention of his presidential run.

Instead, he thanked those involved with helping turn Utah’s games around after a bribery scandal.

“We came together as a group of people not caring about who got credit, but caring about putting on the best Games in the history of sport, and you did, and I will always be proudest of having been part of the Salt Lake Organizing Committee for the Olympic Winter Games. Love you guys,” said Romney.

Romney is now back on the campaign trail, gearing up for a tough challenge in the February 28th primary elections in Michigan and Arizona, along with the “Super Tuesday” primary on March 6th.

Both Sides of the Aisle Ballot initiatives, the 2026 Olympics and Mitt Romney in the Senate