Oil drilling, mining and development of natural resources often divide people along political lines. But what does religion have to say about environmental protections? BYU professor George Handley argues his Mormon faith encourages stewardship of the land. On Wednesday, Handley joins us to talk about the spiritual case for the environment.

Dr. George Handley will be part of a panel discussion during “The Intersection of Poverty and the Environment” event sponsored by the Episcopal Church. The Earth Day weekend forum will be held Saturday, April 21 at St. Mark’s Episcopal Cathedral, Salt Lake City. Events are free and open to the public with a live webcast beginning at 10 a.m. MT on the Episcopal Church website, www.episcopalchurch.org. 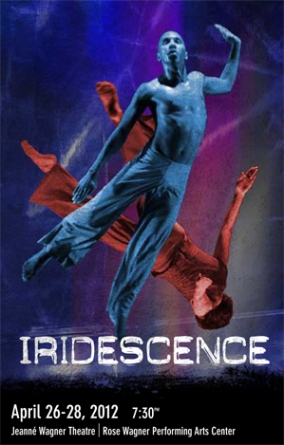 Dance animates stories and the tales told in the next Ririe-Woodbury Dance Company performance range from bullying and power to the independence and ruggedness of the West. On Wednesday, company artistic director and Ririe-Woodbury alumnus Keith Johnson join us with a backstage look at “Iridescence.”