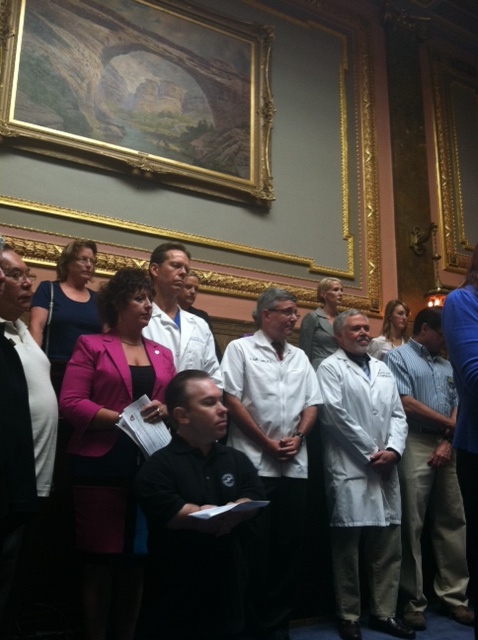 “No more denying people coverage because of pre-existing conditions. No more discriminatory higher premiums because you have some health issue going on,” she says. “If you’re under age 26 you get to stay on your parents’ plan, even if you’re married or if you are in school, so that’s a big deal for Utah.”

Chuck Pruitt, an emergency room doctor at Primary Children’s Medical Center, says the ruling will create a healthier society. He says he sees patients everyday who wait too late seek medical treatment due to lack of insurance, and the outcome can be fatal.

“A little girl came to my emergency department with such debilitating headaches that she’d had for months that had gotten so bad that she could no longer sleep at night,” says Pruitt. “Her mother brought her to the emergency department seeking care, she didn’t have any health insurance, and when I asked her ‘why didn’t you come sooner, why didn’t you bring your daughter sooner,’ she said I can’t afford it. Well, that little girl’s brain tumor was so big that it was inoperable.”

Meanwhile, Deputy Utah Attorney General John Swallow, the Republican candidate for Attorney General this election year, praised the ruling for declaring that the individual health insurance mandate is only constitutional as a tax, not under the commerce clause. But he added that a conservative majority must be elected to congress to “repeal this trillion-dollar tax on all Americans.”