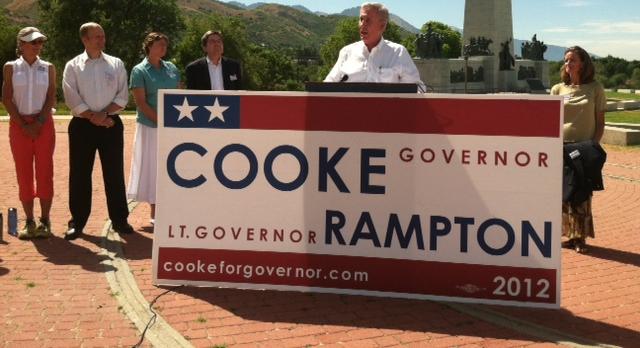 (KCPW News) Democratic Gubernatorial Candidate Peter Cooke says if elected, he wants to help students pay off their student loans and create a state more centered on service. He says both can be done through an initiative he plans to develop.

“Those who come out of a vocational school or graduate out of college with a student loan we’ll establish this new service corps that will be able to have them placed with non-profits, hospitals, anywhere they can serve our state and we’ll raise private money to put in a fund to help them pay back their student loans,” Cooke said.

Cooke laid out his plan Monday at “This is the Place” Heritage Park. He acknowledges he hasn’t yet secured any businesses to help fund the program, but says taxpayer dollars would not be used.

In a statement, Governor Gary Herbert’s campaign says Herbert is an outspoken advocate for volunteerism. It adds that while helping graduates pay down their loans is important,  “rather than encouraging a spirit of entitlements and government programs, Governor Herbert feels the best way to do that is to build an economy in which graduates can find work and begin to build their financial futures.”