Many who saw Bingham High School’s production of “Dead Man Walking” last spring applauded the performance, but others – including the conservative group the Eagle Forum – complained about the drama’s profanity, violence and political bias. The controversy is yet another case illustrating the line that teachers and school administrators toe when it comes to selecting plays, books and other materials. On Thursday, we’ll talk about what freedom of expression looks like in schools. 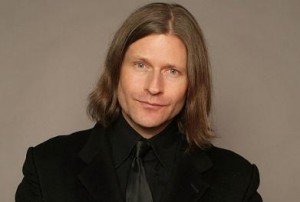 From George McFly in Back to the Future to the “Thin Man” in the Charlie’s Angels movies, Crispin Glover is an actor known to play quirky characters. This uniqueness extends beyond his acting career, bleeding into the music he performs, the 20 books he’s written and the two films he’s directed. This weekend, Crispin Glover is returning to Salt Lake City and on Thursday, he joins us to discuss his latest projects and his unconventional approach to art.

Crispin Glover returns to Salt Lake City to present his Big Slide Show, Part 1 and his film It is Fine! EVERYTHING IS FINE on Saturday, July 28 at 7 p.m. On Sunday, July 29 at 7 p.m., Glover presents Big Slide Show, Part 2 and his film, What Is It? Both performances will be at the Tower Theatre, 876 E. 900 S., Salt Lake City. More information at www.crispinglover.com and www.saltlakefilmsociety.org.