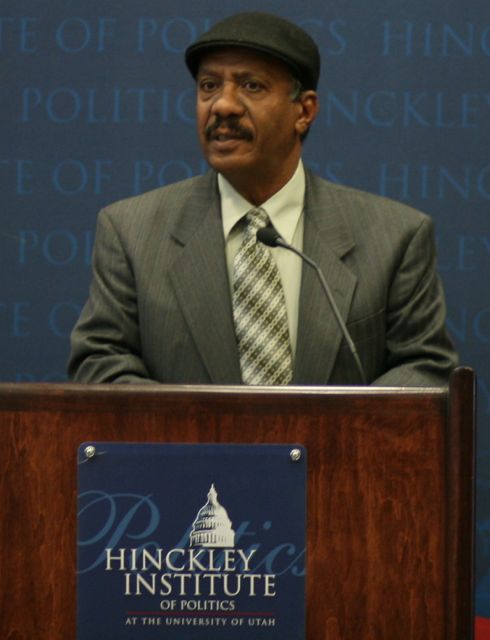 The Hinckley Institute Radio Hour (Air date: Dec. 18, 2013) – Saleh “Gadi” Johar is an author and human trafficking activist focused on the ordeal of human trafficking victims from Eritrea in the Sinai desert.  According to Johar and a human rights report released in December 2013, The Human Trafficking Cycle: Sinai and Beyond, since 2009 thousands of refugees, mostly young men, have been abducted, tortured, forced to labor, or held for ransom by Bedouin gangs in the Sinai desert near the Israeli border.  As Johar describes, in some cases victims’ organs are harvested by their abductors who intend to sell them for profit.  The victims are held while their relatives, friends, or sympathetic strangers are pressured into paying enormous ransoms. It is estimated that 95 percent of these victims, roughly 8,000 people, originate from Eritrea.  Johar recently published a book on the subject, Miriam Was Here.  This Hinckley Institute Radio Hour was recorded live with an audience of students, at the Hinckley Institute of Politics at the University of Utah, on December 10th, 2013.