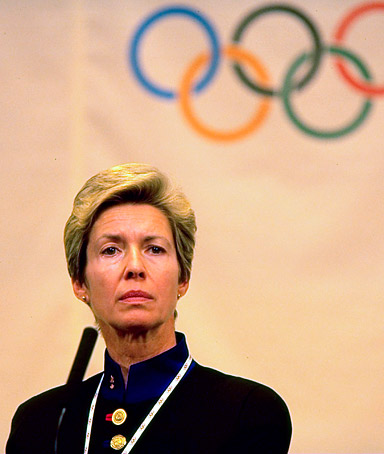 The Hinckley Institute Radio Hour (Air date: Feb. 26, 2014) – Deedee Corradini who is president of Women’s Ski Jumping USA, lead an 8-year fight to allow women ski jumpers to participate in the Winter Olympic Games (a story documented in the film, Ready to Fly).  Corradini served as Salt Lake City’s first and only female mayor from 1992 to 2000.  After she spent her teenage years living in the Middle East, Corradini worked in the national political arena as a press secretary for Utah Rep. Wayne Owens, and later Rep. Richard Ottinger of New York in the early 1970s.  Corradini is Senior Vice President for Prudential Real Estate, and is also currently helping Real Women Run, a collaborative nonpartisan effort that encourages women to run for public office in Utah.  This Hinckley Institute Radio Hour was recorded live with an audience of students, at the Hinckley Institute of Politics at the University of Utah, on February 18th, 2014.