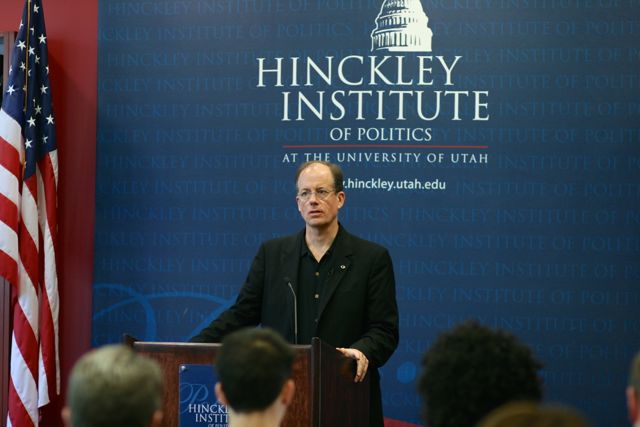 The Hinckley Institute Radio Hour (Air date: Apr. 16, 2014) – Thomas Drake is a former executive for the National Security Agency who was charged with illegally keeping classified documents in his home, lying to Federal investigators and obstructing justice.  A conviction could have sent him to prison for 35 years.  Instead, Federal prosecutors dropped the charges in 2011. Drake worked in U.S. intelligence as a crypto-linguist for the U.S. Navy and Air Force throughout the 1970’s and 80’s. He began working for the NSA in 2001, and shortly after the September 11th terrorist attacks he raised concerns about methods he felt were inefficient, wasteful, and intrusive.  After Drake and a small group of internal critics were continually rebuffed after trying to raise concerns to the Department of Defense’s Inspector General about the NSA’s activities, Drake gave unclassified material to a Baltimore Sun journalist. He was eventually indicted under the Espionage Act.  Drake fought the charges, which were eventually dropped by Federal prosecutors. He later received the Ridenhour Truth-Teller Award in 2011.