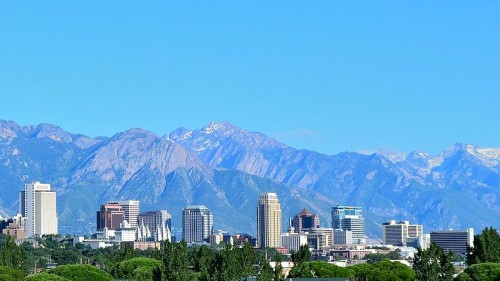 (KCPW News) For a brief moment in time, it appeared that Salt Lake City might have a shot at hosting the 2016 Democratic National Convention—especially after being put on the party’s “short list” for candidate host cities.

But alas, Utah’s capital city was but a long shot for the honor. Recognizing this, city officials nixed the possibility, citing the financial competitiveness of other candidate cities.

Matt Lyon, executive director of the Utah Democratic Party, said that while the city won’t be hosting the 2016 convention, just being considered shows how far Salt Lake has come.

“I think it shows the growing stature and importance of what the the Utah Democratic Party is doing,” Lyon said.

Lyon said that there are a lot of reasons to reconsider the city as a host later on.

“Salt Lake has some incredible resources,” Lyon said. “The TRAX lines and the light rail are going in. I think downtown is really turning around, rising. There’s a lot of livelihood and opportunities.”

Art Raymond of the Salt Lake City Mayor’s office said it was a great honor for the city to be considered, but ultimately the city recognized that it was a long shot.  Still, Raymond said the city appreciates that both the Republican and Democratic parties are acknowledging the city as a significant regional center, and he wouldn’t rule out a bid for a convention in the future.