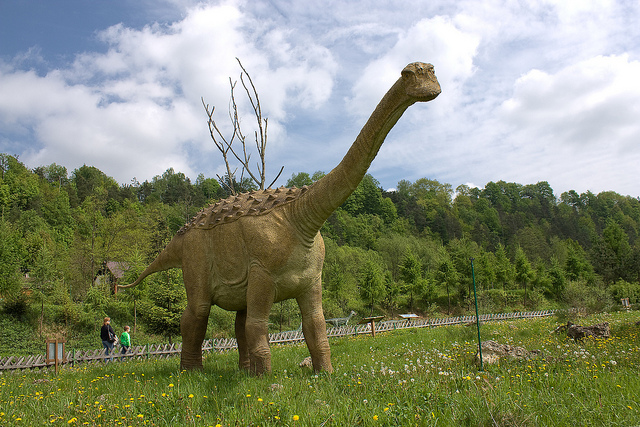 Paleontologists in Argentina recently announced the discovery of the fossilized remains of an enormous new species of dinosaur, a huge new sauropod that has been reported in the press as being the “largest dinosaur ever!” But science writer Brian Switek told KCPW’S Roger McDonough to hang on just one minute—we shouldn’t jump to conclusions too quickly. Switek, who lives in Salt Lake City, has a blog hosted by National Geographic called Laelaps. He is also the author of the book My Beloved Brontosaurus: On the Road with Old Bones, New Science, and Our Favorite Dinosaurs.

That interview, your local headlines, and Solar System Ambassador to Utah Patrick Wiggins tells us about successful spacecraft mission to a comet.

From local politics, to arts and culture, to history, the environment and beyond, “In the Hive” explores the issues and ideas that tie Utah together. Hosted and produced by KCPW’s Roger McDonough, each episode of this award-winning current affairs program explores a different theme–such as public transportation, homelessness, and air quality–and features conversations with experts Produced by KCPW Studios
On Air