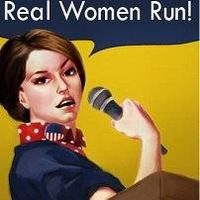 The Hinckley Institute Radio Hour (Air date: August 20, 2014) – On September 19, 2013, a panel of four female Utah lawmakers gathered to discuss their motivations for entering political office, the various challenges they have faced while engaging in political office.

In recent years, Real Women Run was created to empower Utah women to participate fully in public life and leadership through elected political office at all levels, and to simply learning more about our system.