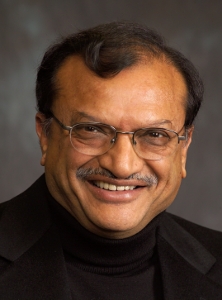 The Bottom Line (Air Date: October 21, 2014) – After receiving his PhD in the 1980s and working for a large pharmaceutical company, Dinesh Patel realized he did not want to climb the corporate ladder.  Instead he wanted to start his own company.  His first firm, Theratech, was a huge success – going public after only 7-years and being sold for over $300 million dollars a few years later.   At the time, Dinesh was not yet 50-years old and despite being a multi-millionaire, he didn’t see himself slowing down.  Rather, he co-founded one of Utah’s first venture capital firms, vSpring (now Signal Peak Ventures) and got meaningfully involved in philanthropy.  Due to his efforts Utah is a better place to start a company as well as a better place to enjoy the arts.