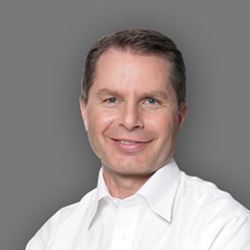 The Bottom Line (Air Date: December 30, 2014/January 6, 2015) – Bryson Garbett started his construction career in the field as a home framer when he was just 18 years old. He later founded Garbett Homes in 1988.  Back then large homes on large lots were all the rage.  Bryson saw a different opportunity and focused on affordable homes with quality amenities typically not seen at his price point.  Over the past three decades, Garbett Homes has weathered several economic slumps and continues to thrive.  In 2013, Garbett sold about 400 homes, half of them for-rent and half were outright sales.  In addition, Bryson and his family have made a difference in the world by donating over $12 million dollars to various causes including supporting education for children in Mexico and women in Iraq.  Bryson is also now engaging Salt Lake City’s homelessness problems with other concerned community members.

Both Sides of the Aisle ‘The Great Lockdown,’ President Trump’s response and the Utah gubernatorial race