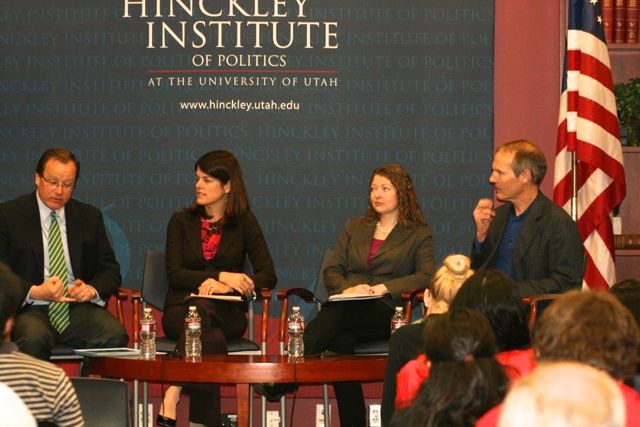 The Hinckley Institute Radio Hour (Air date: May 6, 2015) – Much public dissatisfaction stems from a lack of understanding of how Congress Works.  For those looking to make change, understanding the system is crucial.  Those who want to get involved, should know what they’re getting involved in.  And for people to cast informed votes, they must understand the system to which they are electing representatives.

On March 27, 2015, political science professors from across the country gathered to talk about how Congress Really works, to help us understand the systems and mechanics of congress – beyond the personalities elected to it – and to show that Congress is more than the conflict-ridden place that’s often presented in the media.

(check out Wilkerson’s project called “Legislative Explorer” that shows an easily understandable visualization of the trends of bi-partisan bills passed over the past few decades.)