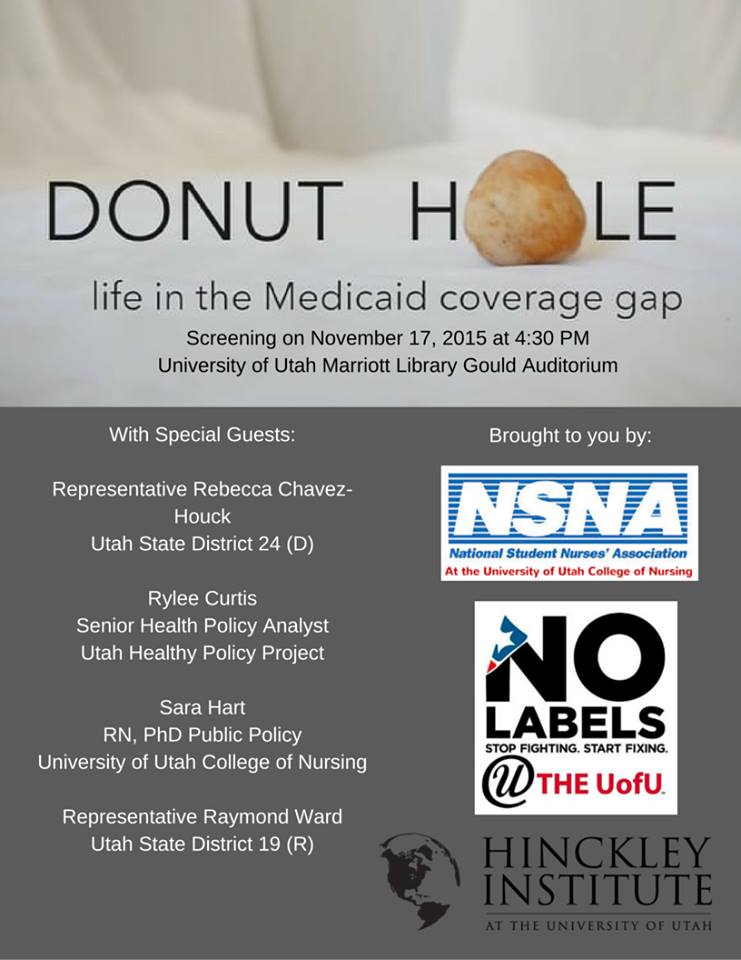 The Hinckley Institute Radio Hour (Air date: December 2, 2015) – A couple weeks ago the documentary film “Donut Hole: Life in the Medicaid Coverage Gap” was screened at the J. Willard Marriott Library’s Gould Auditorium, at the University of Utah.  The documentary explores the lives of different people affected by the Medicaid coverage Gap in Utah.  It was produced and created by Spencer Merrick and John Michael Sanchez, both medical students at the University of Utah School of Medicine.

Following the screening we recorded a panel discussion about the troubled prospect of expanding Medicaid for the nearly 80,000 Utahns who fall into what’s called the Medicaid coverage Gap.  For over two years now state lawmakers have failed to reach an agreement on how, or whether to expand Medicaid healthcare coverage for this vulnerable segment of the population.  The panelists include: Sarah Hart, a register nurse, and professor of public policy at the University of Utah’s College of Nursing; Rep. Rebecca Chavez-Houck, D-Salt Lake City, District 24; Rep. Raymond Ward, R-District 19; and Rylee Curtis, a Senior Health policy analyst, Utah Health Policy Project.