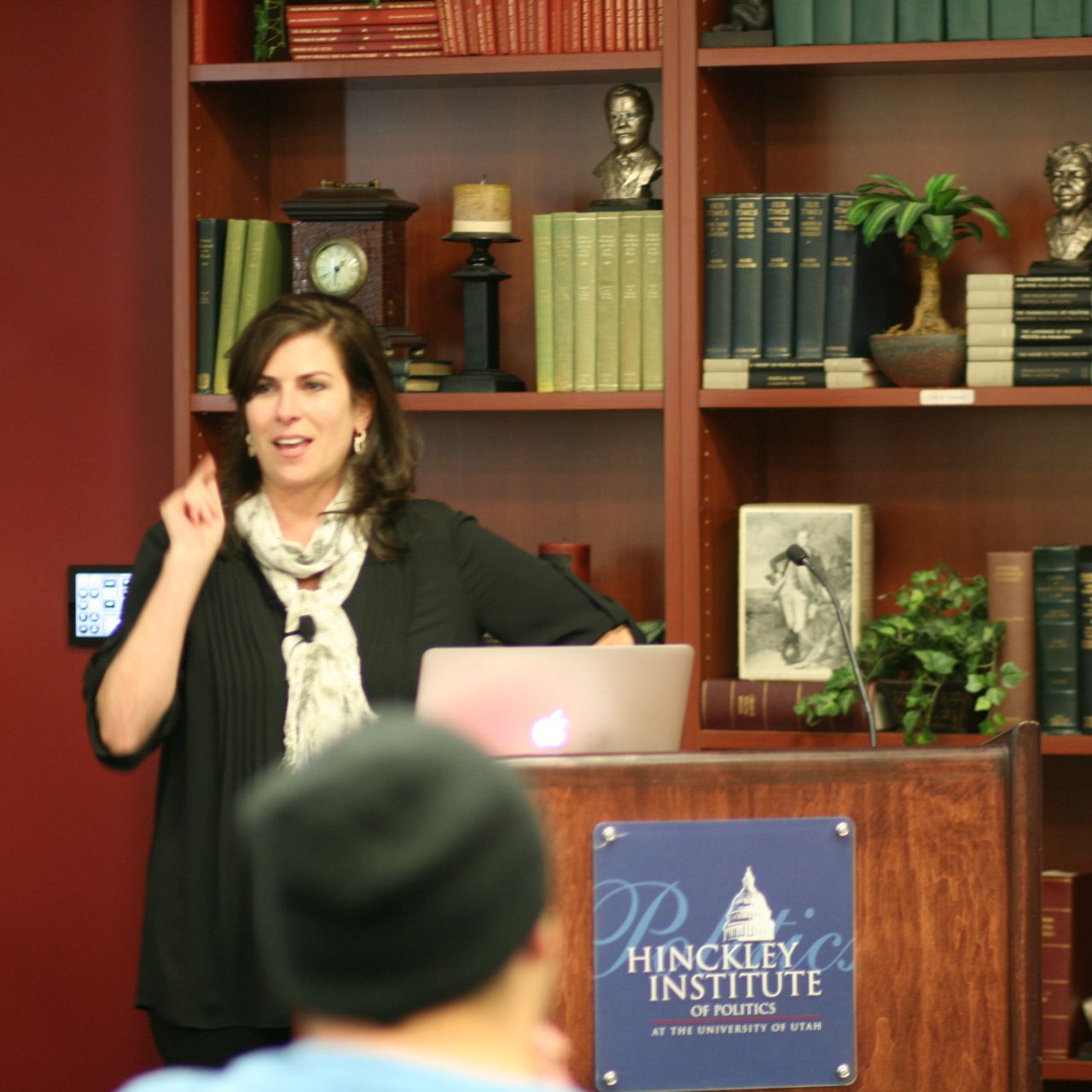 The Hinckley Institute Radio Hour (Air date: December 16, 2015) – Erica Payne is a political strategist and founder of The Agenda Project.  Her organization has worked to stir up public distaste for conservative ideas in Congress by creating provocative and sometimes graphic political attack ads, in order to get news media to change the direction of the national debate.  Erica Payne is also the Chief Strategist for the Patriotic Millionaires, a group wealthy Americans who support higher taxes on the rich, and raising the minimum wage.  Payne is also the author of The Practical Progressive: How to Build a 21st Century Political Movement. She spoke at the Hinckley Institute on December 2, 2015.

See the The Agenda Project’s  “Granny off a cliff” ad created to attack Sen. Paul Ryan’s proposal to cut Medicaid benefits in 2012.