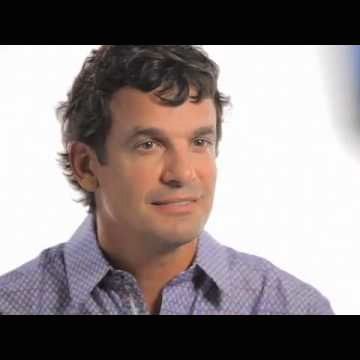 The Bottom Line – (Original air date: February 17 ~24, 2016) Consumers seem to pay less and less attention to traditional marketing. Instead, people buy products that come recommended by authentic people they can trust. That’s the reason, Stockham says, so-called “infuencer marketing” is now hotter than ever. Stockham is CEO of Experticity, a Salt Lake City-based company that is a pioneer in the field of influencer marketing. His clients include over 600 of the world’s top brands including Garmin, North Face, Dillard, Under Armor, REI and Dyson. Experticity helps these companies to foster deeper connections with their customers by educating product experts and brand enthusiasts who can influence sales. Stockham also talks about his past experience as CEO of Ancestry.com, President of TicketMaster.com, and the general manager of CitySearch – one the Internet’s early success stories. He also describes his father’s pioneering work to digitize sound.

Since we first aired our interview with Stockham, Experticity has merged with ReadyPulse.  While Experticity supports products advocates offline, such as in brick-and-mortar stores. Now with ReadyPulse, the combined company also supports online influencers.  The merged company – still named Experticity – now partners with almost 750 brands, including North Face, Purina, Adidas and Nickelodeon.