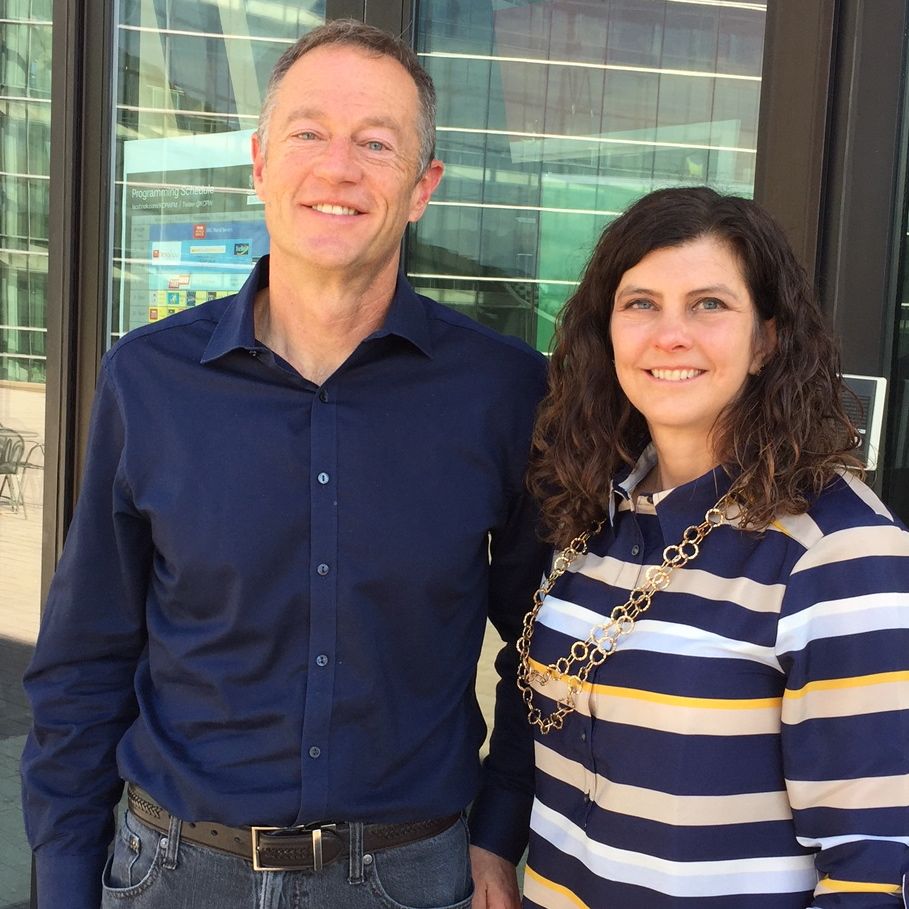 The Bottom Line (Air Date: November 30, 2016) – In the early 2000s, Flying J was one of the nation’s largest and most successful chains of travel plazas and fuel stops. But the company faced dire circumstances and Chapter 11 bankruptcy after the 2008 financial crisis when fuel costs plummeted. Crystal Call Maggelet, CEO of FJ Management, was forced to make difficult decisions to keep her company alive, including merging with her closest rival, Pilot Travel Centers. Pilot Flying J is now the largest source for over-the-road diesel fuel, and largest Travel Center chain in the country with over 550 locations.

Maggelet’s father Jay Call founded Flying J in the early 1960s, and saw the business morph into a thriving, multi-state travel center business. Growing up amid her father’s successes, Crystal faced challenges and naysayers when she decided to launch her own hotel business – Crystal Inn – in downtown Salt Lake City, Utah. After the unexpected death of her father in a small plane crash, Maggelet would later assert the company’s pilot seat after Flying J’s CEO had expanded the company beyond its means and the Great Recession hit. Learn how Maggelett stabilized the sinking business, and repaid all of their debts despite serious doubts from their creditors.