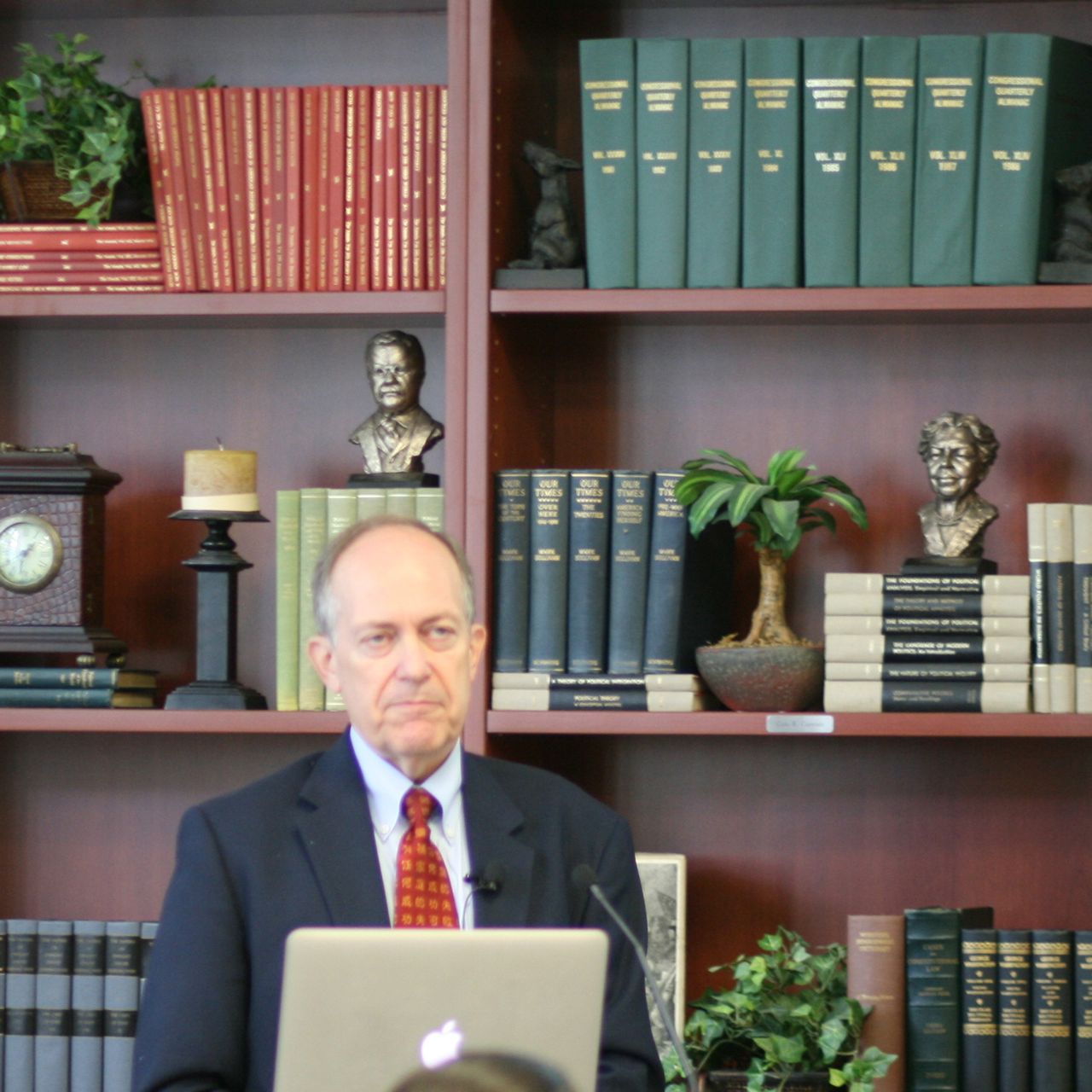 The Hinckley Institute Radio Hour (Original air date: January 13, 2016/Revised air date: January 11, 2017) — In the past month President-Elect Donald Trump has sent provocative signals to Chinese leadership that he may challenge the long-held “One China” policy regarding Taiwan.  Trump has also threatened to create trade tariffs and trigger a trade war, to which China has indicated they’re prepared to retaliate against.

To better understand the complex relations and mutual perceptions of China and the United States, Robert Griffiths’s talk at the Hinckley Institute from October, 19, 2015 is illuminating. Aside from maintaining the World’s 2nd largest economy, Griffiths says China’s transformation into a dominant superpower will likely not stop. This is particularly critical as China asserts its power in the Asian Pacific where military tensions with the U.S. have also been growing.

Robert Griffiths teaches at the National Defense University, and he has served in places like Colombia; Thailand; Taiwan; and mainland China.  He also worked for Bureau of Economic Affairs; as deputy director in the U.S.  Bureau of East Asian and Pacific Affairs; he worked for the Office of the Secretary of Defense.

The Hinckley Institute Radio Hour Perceptions and Misperceptions of China