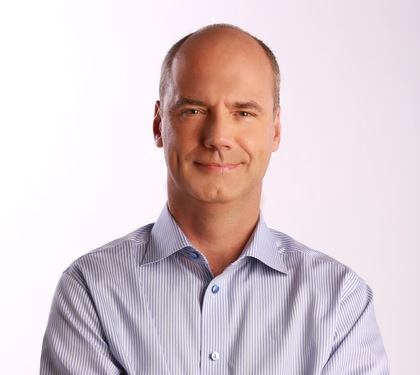 The Bottom Line (Original air Date: July 8, 2014) – Utah-based Ancestry.com is the world’s largest online family history resource.  Since we first aired our interview with Ancestry.com’s CEO Tim Sullivan, the company has acquired significant investments from Silver Lake and GIC, making for a total valuation of $2.6 billion.  The company also opened new headquartes in Lehi, Utah, and continues to maintain the world’s largest consumer genomics database with samples from from than 2 million people.

In this interview from 2014, Sullivan talks about Ancestry.com’s DNA service that helps people learn their ethnic makeup and connects them to their deep genealogical past.  He also explains how Ancestry.com has tried to make family history research easier while not alienating serious genealogy researchers.  Sullivan shares his journey from the University of North Carolina with a Morehead Scholarship and his early interest in documentary film-making.  He later worked for Disney’s home video division, then for Disney in Hong Kong, and later transitioned to Ticketmaster-City Search. Sullivan talks about Ancestry.com’s 2013 $60 million partnership with the LDS Church to bring over one billion historical documents online.