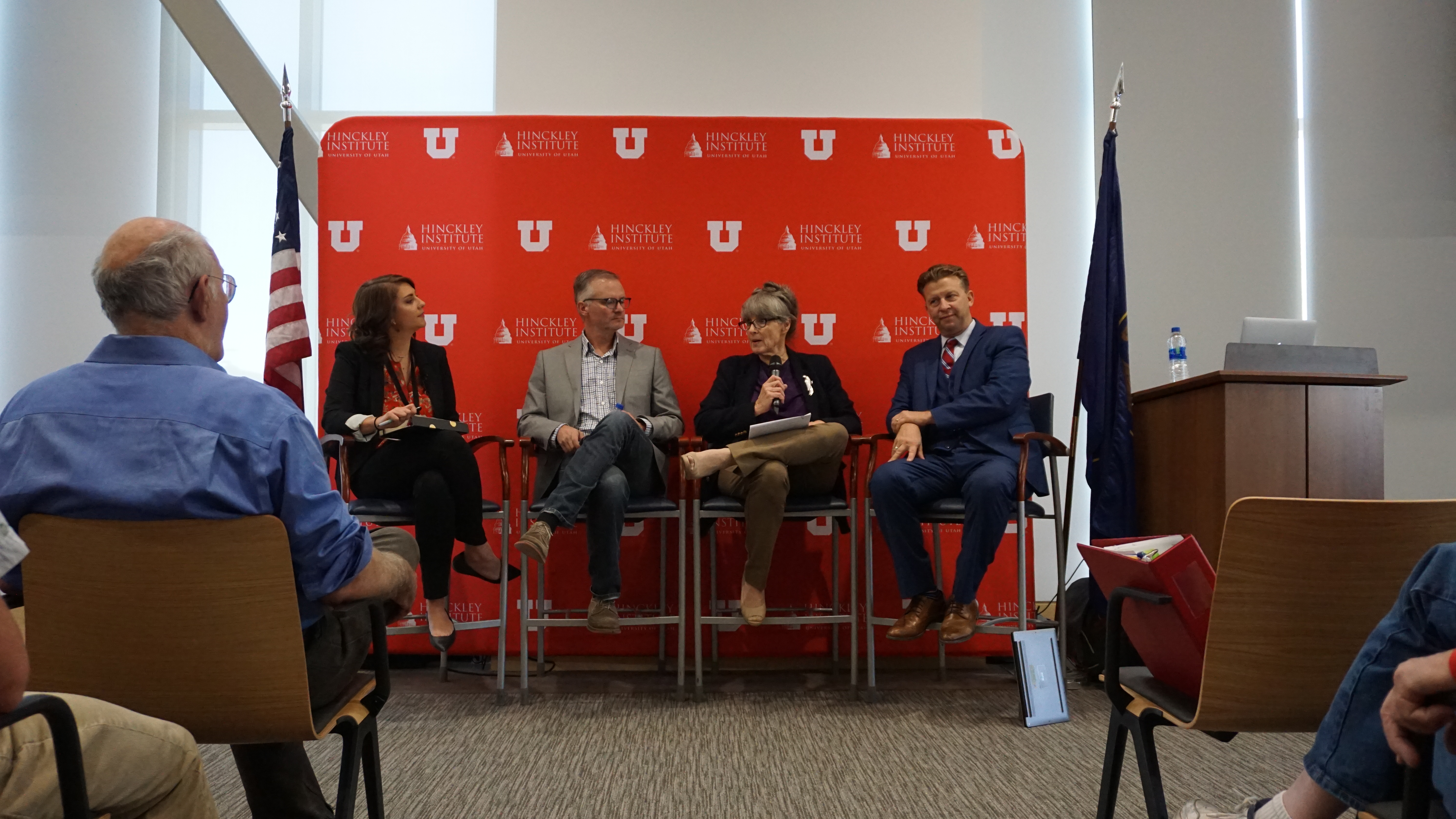 Today on the program: a panel discussion held last week at the Hinckley Institute focusing on the role of money in politics and the rules governing how a political candidate, nominee or incumbent raises money to fund their election campaigns. Those rules include disclosing the names of individuals, organizations and companies who donate to political campaigns, as well as the amount of money donated, and how that money can be spent on campaigns.

This comes after the 2010 Supreme Court decision on Citizens United vs The Federal Election Commission, ruling that political spending is a form of free speech that’s protected under the First Amendment of the United States Constitution.

The Citizens United decision effectively allowed corporations, individuals and organizations to collect and donate unlimited amounts of money to a political candidate so long as they did so independent of the campaigns themselves.

Speaking on the panel: Robert Gehrke, news columnist for the Salt Lake Tribune; Utah Republican Senator Todd Weiler of District 23; Virginia Lee of Move to Amend, a political organization seeking to amend the constitution to declare money as not a protected form of speech. KUER news reporter Nicole Nixon moderated the panel.