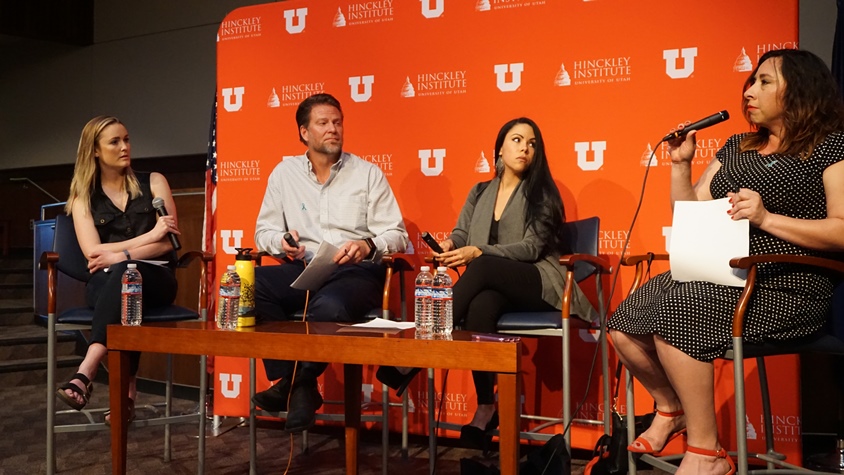 he Hinckley Institute Radio Hour (Original Air Date: September 5, 2018/Revised Air Date: December 5, 2018) — The #MeToo movement, created by community organizer Tarana Burke in 2006, gained mainstream traction over a decade later in 2017 and has since grown to become a global movement of victims confronting their abusers and seeking justice. Despite the successful efforts of the #MeToo campaign to increase awareness around sexual assault and harassment, survivors and survivor advocates say that there is still a significant amount of work to be done.

In New York, August 14th, 2019, begins the one year window for victims of child sexual abuse to bring forward allegations that might have otherwise fallen outside the statute of limitations. Supporters of the Child Victims Act see it as a model for holding past abusers accountable and allowing victims to pursue justice on their terms.

In April 2018, the Hinckley Institute featured a forum on the history and culture of sexual violence. The event was part of an effort to educate, raise awareness and reinvigorate sexual assault prevention efforts—and was timed to coincide with Sexual Assault Awareness Month.