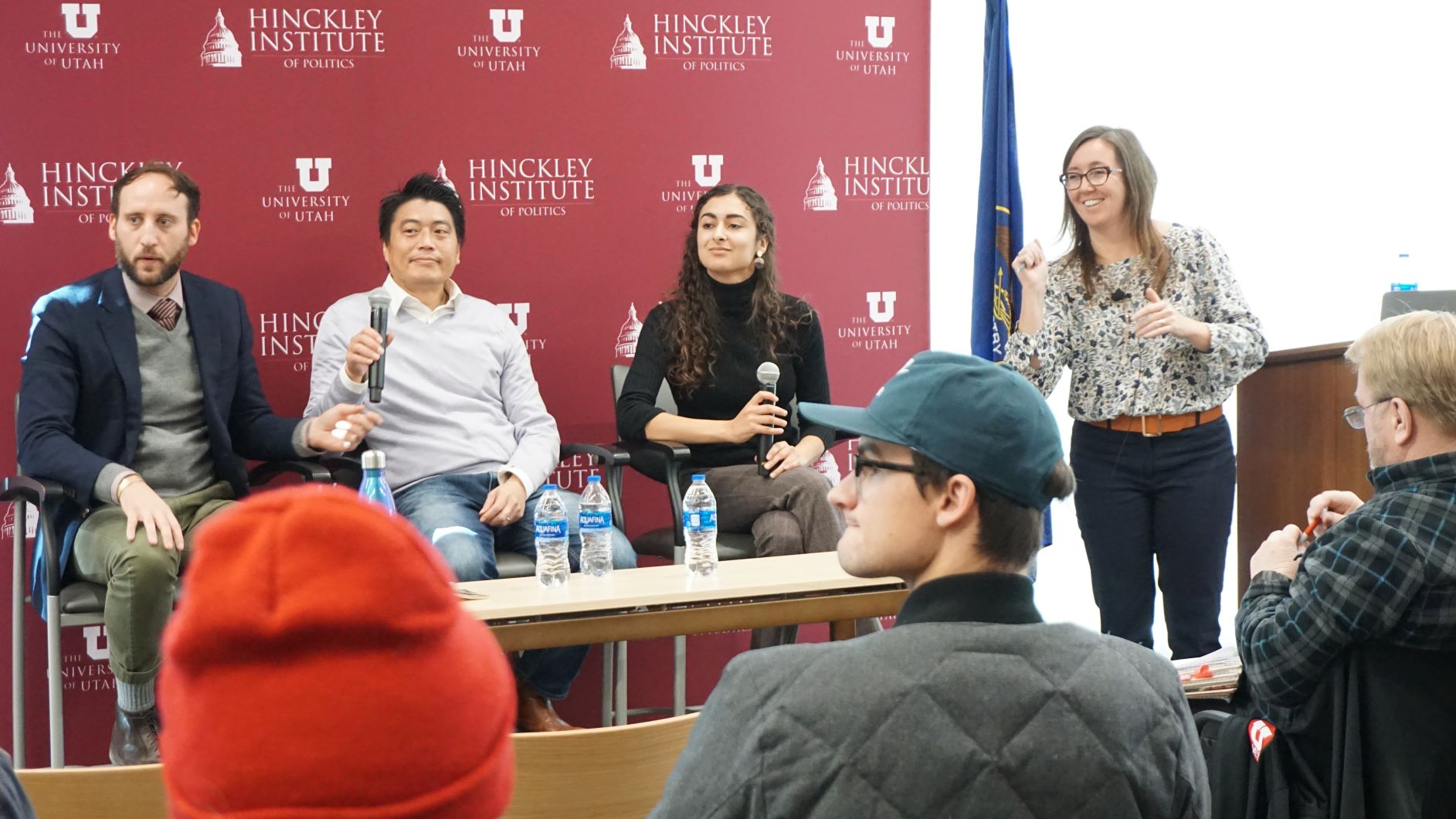 Hinckley Institute Radio Hour – This week on the program, we air a forum on the historical and current state of voting rights in the United States. This history marks the expansion of the vote from the few to the many through political agitation and protest. However, this progression was neither steady nor consistent and remains a concern on the national, state and local levels. To this day, the United States has one of the lowest voter turnouts of any democratic country, at only slightly above half of the eligible population.

This week, Utahns across the state voted in local elections, either through election day polls or, increasingly, through mail-in ballots. Mail-in ballots are an inexpensive and effective tool in increasing voter turnout and have been adopted by 27 of the state’s 29 counties. Yet, the debate over Utah’s elections also includes more complicated issues like gerrymandering, highlighted in 2016’s “Better Boundaries” proposition, as well as the ongoing political showdown in San Juan County over Navajo participation in county elections.

Exploring these state voting issues and national debates over voter ID laws, gerrymandering, partisan and sectarian voter suppression and how to strengthen voter rights are Michael Dichio, assistant professor of political science at the University of Utah; Edmund Fong, associate professor of political science and chair of ethnic studies at the University of Utah; and Niki Venugopal, voting rights coordinator for ACLU Utah. Moderating this discussion is Jennifer Robinson, associate director of the Gardner Policy Institute.