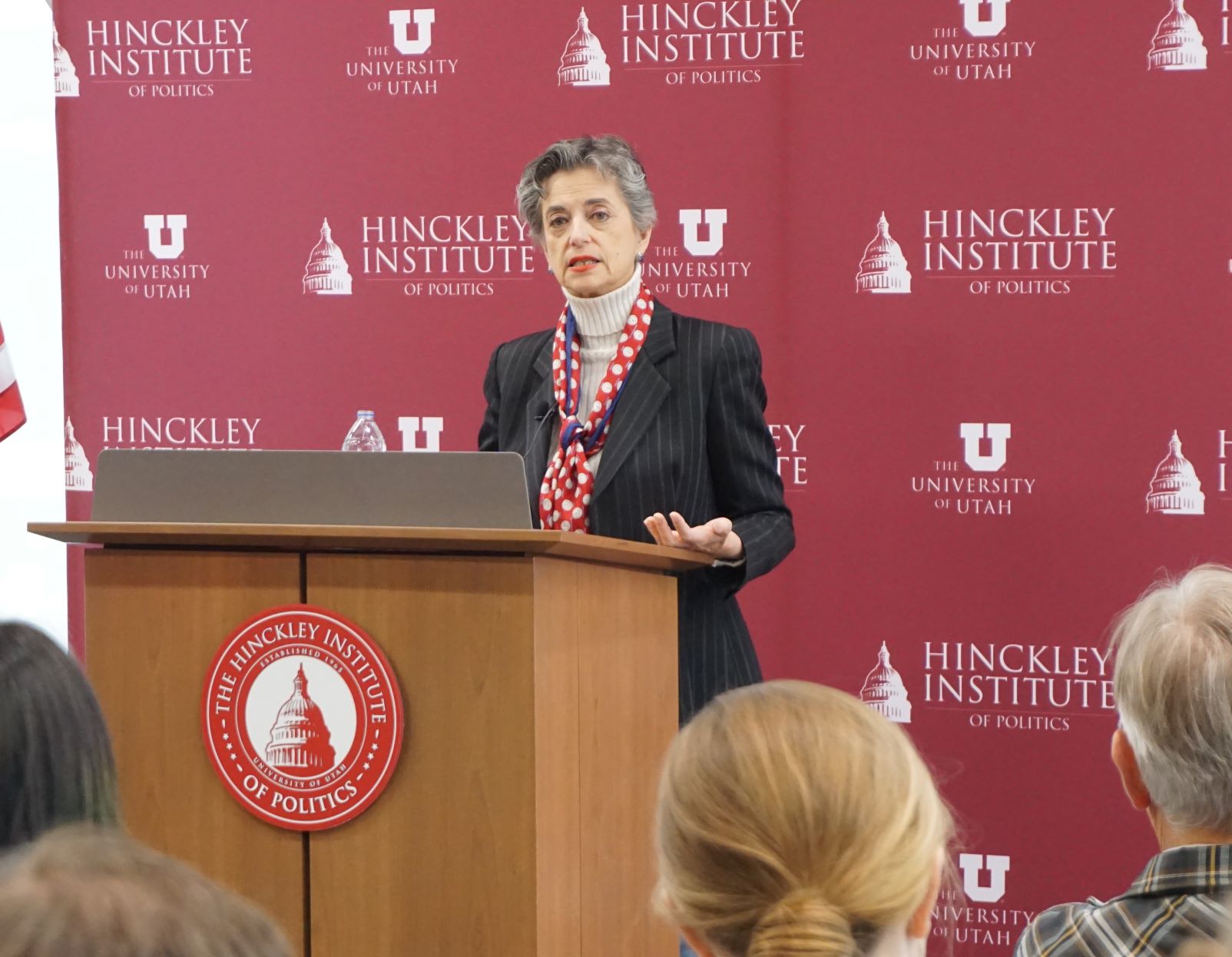 The Hinckley Institute Radio Hour (Original Air Date: November 13, 2o19) — This week on the program, we air a forum featuring journalist and foreign policy expert Barbara Slavin on U.S.-Iran relations and the history between the two nations.

More than 40 years since the Iranian Revolution and the overthrow of the United States-backed monarchy, the political tension between the U.S. and Iran have reached a new crisis level. The recent assassination of General Qasem Soleimani, considered Iran’s second-highest official, at an Iraqi airport is being called an overt act of war by the Iranian government. The political fallout has been immediate and comprehensive. Iran has said it will stop abiding by some of the agreements made in the 2015 Iran Nuclear Deal, Iran’s Defense Minister promised a “crushing revenge” over Soleimani’s death and Iraq’s parliament unanimously voted for a withdrawal of all foreign troops from the country. President Trump has maintained that the airstrike was meant to ensure peace but the rapid deployment of thousands of U.S. troops to Iraq has given rise to fears of escalating violence and greater destabilization. While major shifts in the geopolitics of the Middle East are underway, the future of the region and the ambiguous threat of a new war have many looking for answers.

Today on our program we’re airing a forum that was recorded before these latest developments, but that still provides a framework for understanding the wider context. Barbara Slavin, Director of the Future of Iran Initiative at the Atlantic Council, delves into the Trump administration’s role in shifting foreign policy toward Iran, the forces that have historically shaped U.S.-Iran relations and potential outcomes for the two countries.