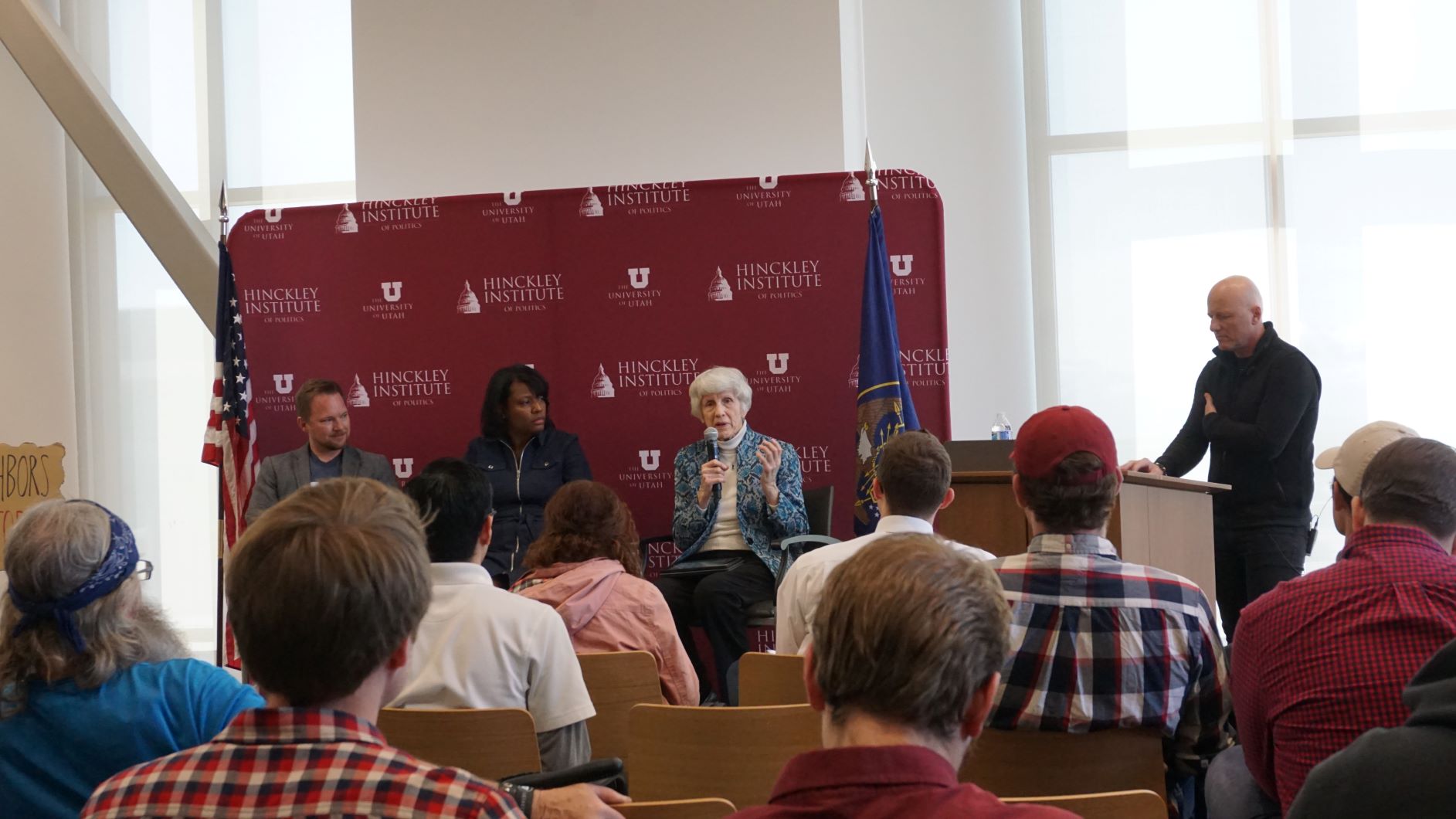 The Hinckley Institute Radio Hour (Original Air Date: October 23, 2019) — This week on the program, we are re-airing a forum on the issue of homelessness in Utah from the spring of last year.

Since this forum was recorded, three new ‘homeless resource centers’ have come online in Salt Lake County – as part of a new model of tackling homelessness in our region. The opening of those shelters came in conjunction with the closure of The Road Home shelter in November, ending nearly a century of use for that facility. However, the new shelters combined have several hundred fewer beds than The Road Home, which itself previously suffered from overflow problems. This crunch on occupancy has received pushback from citizens, activists and some political leaders in the state who worry many will not be able to find shelter this winter.

These tensions were displayed in recent acts of civil disobedience by local interest groups. In November, public commenters and protesters stopped a Salt Lake City Council meeting to demand that The Road Home be allowed to remain open into 2020. Earlier this month, activists occupied Washington Square with tents and other camping equipment to ask for specific changes to how the homeless population is treated. Seventeen protestors were arrested when police broke up the encampment on city ordinance violations. Newly-sworn-in Salt Lake City Mayor Erin Mendenhall and other officials have made assurances that no one will go without life-saving resources this winter, but that hasn’t allayed all of the concerns of homeless advocates.

The forum we’re airing today was recorded before a great deal of those actions took place, and, obviously, before a change in leadership in Salt Lake City’s government.