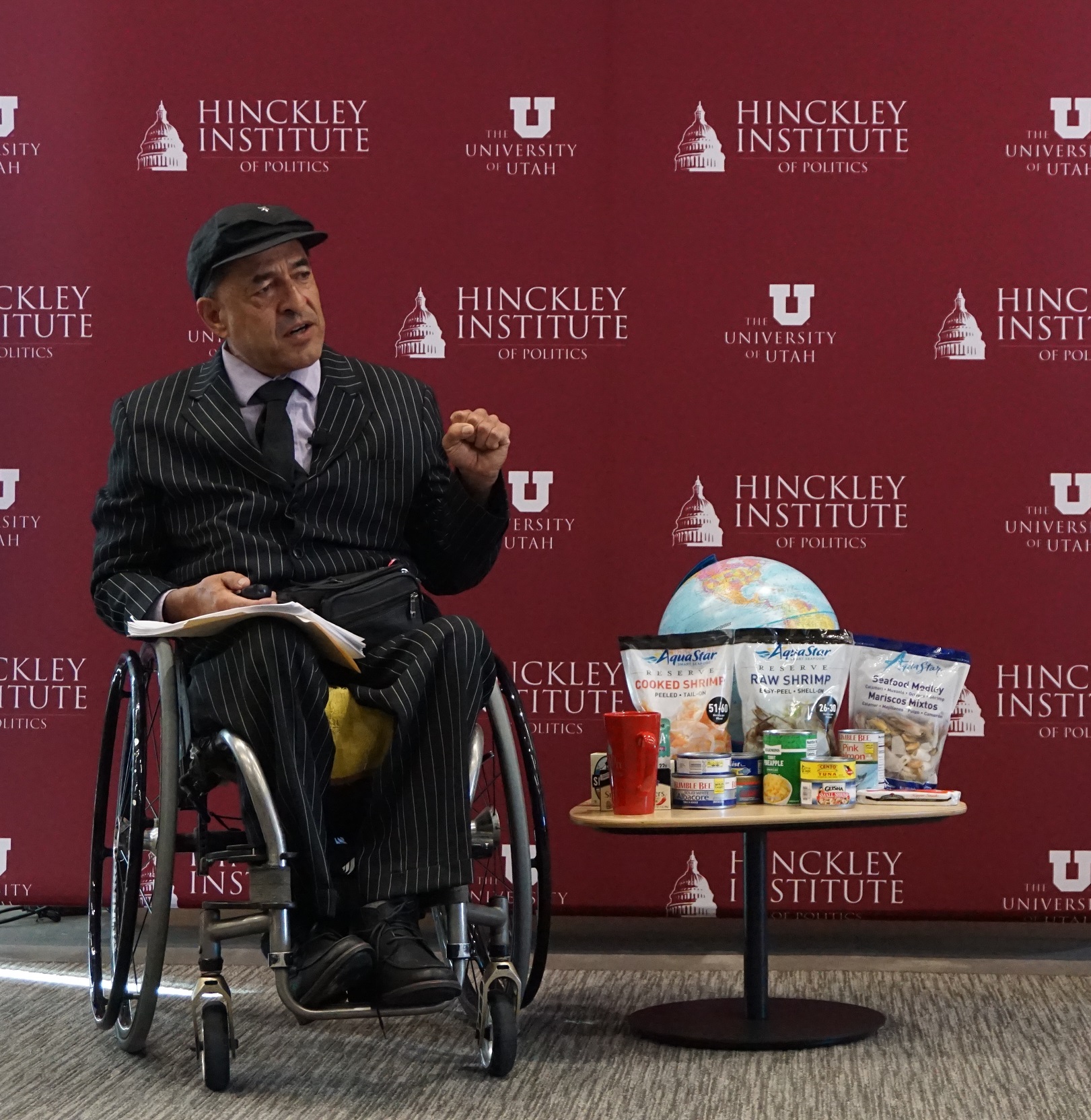 The Hinckley Institute Radio Hour — This week on the program, Danny Quintana, president and founder of the Global High Seas Marine Preserve, discusses what must be done to prevent the ecological collapse of the Earth’s oceans caused by global overfishing and environmental degradation due to pollution and human interference.

The scope and severity of this crisis cannot be overstated. Compared to pre-industrial levels, at least 90 percent of large predator fish have been killed off, half of the ocean’s wildlife has been lost in the last four decades and, on average, humans kill approximately 200,000 sharks each day. If these trends are to continue, the majority of the Earth’s fisheries will collapse by 2048, an existential threat to biodiversity and to the billions of people who rely on fisheries as their major or primary food source.

Addressing these significant threats to life in and around our oceans, Danny Quintana lays out the goal of preventing disaster through education, the Sustainable Seafood Cities Campaign and by amending the Law of The Seas Treaty to prohibit certain fishing practices until our oceans can rebound. He also discusses the role landlocked areas like Salt Lake City can play in saving our oceans.